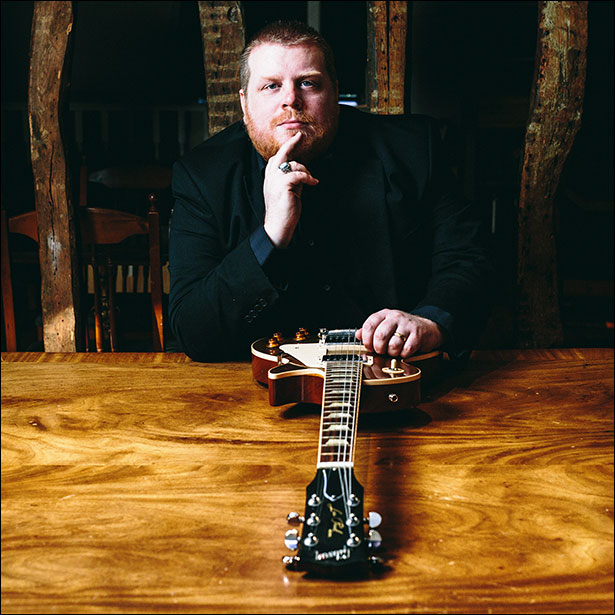 A few weeks ago, we sat down with British Bluesman Danny Bryant to talk about this new record “Revelation” and his upcoming tour.

We covered everything from depression to touring, to big band music and his mum stopping smoking.

To start with, a couple on the album itself if I may. You spoke very honestly, about your depression and anxiety while writing it. On my notes I’d written snippets like “vivid imagery”. “Biblical”, and “Times Are Desperate” – how cathartic was the process for you? Well, at first it was very difficult to churn up all of these emotions and then write about them, I had to go fairly deep into myself. After the album was finished, I think, I was able to step back and find a healing quality to it. I wanted the songs to create vast landscapes, so I deliberately used a lot of imagery.

The covers on the record; one is the sort we might expect you to do (in fact I’ve watched you play “May I Have A Talk With You”) but the John Mellencamp tune, what was the inspiration for that? I always loved the song. It seemed to fit so well within the theme of the album. We recorded that right near then end of the sessions late one evening that was a first take.

You are working again with Richard Hammerton – I think for the fourth time? You and he must have a great relationship by now? Yes, we are dear friends and also have this great way of working together that has sort of evolved over the past few records. Richard is a master at hearing me play a rough demo and right away having a completed vision for the whole song. He also knows when to push me and when to tell me to take a step back.

Lastly for now on the record itself. I notice a lot of different instrumentation on this one. How much of it was influenced by the big band album you did? The Big Band is an ongoing project, we are touring quite a few shows with this line-up during 2018 and into the future, so naturally I wanted to have them all on the CD. In terms of the music they bring different shades and textures to the songs. It’s a really fun band.

A couple of questions about touring now if possible.You’re back on the road again with this record. Pretty extensively too! Is that something you enjoy or a necessary evil? A bit of both really. Of course I enjoy touring very, very much and it is also how I earn my living. I do look at our current upcoming schedule and take a deep breath as it’s pretty full on! With this genre of music I find it very necessary to get out there and make people aware of the new music that you are creating.

Following on from that, can you remember the first gig you went to as a fan? Yes, it was Walter Trout at the Junction in Cambridge when I was 14.

And the last? The reason I ask this is that I am always interested if you guys can remain as fans or do you just switch off? No, you always remain as fans. The last show I saw was Robin Trower a week or so ago and before that it was Bernie Marsden in London which I guested on for most of the night – you never stop being a fan.

On that point, when you aren’t playing, what sort of music do you relax with at home, or don’t you? Oh, I listen all day and all night I never can get enough music and when I find something I love I go mad on it. At the moment it’s another massive BB King phase. I come back to BB’s music so often.

A couple of general ones to finish. You’ve had a varied career, what is the one thing you look back on with most satisfaction? I am really proud of putting together this Big Band. It’s not easy making it work touring with so many people but the response has exceeded my expectations and we have done some really successful things and have some really major shows booked. I am also so grateful that my dad and I got to tour together for so many years. I will always treasure that. I still dream about him every night.

And very finally, as a bit of a light-hearted one; did your mum stop smoking ok? I was at the Bilston gig last year when you asked us all to keep asking to make sure she did! She did! I am very proud of her! She has just reached the one year mark and has bought herself a push bike!