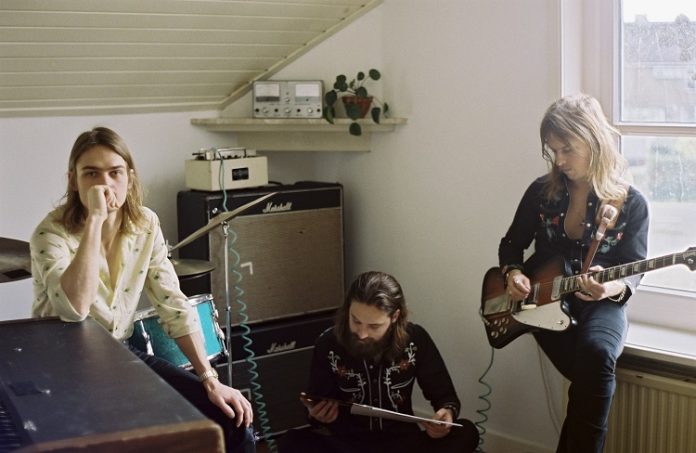 Dutch rock trio, DeWolff release their new album “Thrust” on May 4th. None other than Seasick Steve once said of the band that he fell asleep at a festival, woke up and thought The Allman Brothers were playing only to find that it was DeWolff.

It began a friendship with Seasick Steve, which worked out well, because he introduced them to Robert Plant.

What better way, then, to commemorate the release of the LP than to sit down with drummer Luka van de Poel to pick out his top 5 tracks from the Allman Brothers back catalogue

In Memory of Elizabeth Reed –

The Allman Brothers have been inspiring us since the beginning of DeWolff, and In Memory of Elizabeth Reed is just one of those incredibly epic songs that keeps giving you goosebumps. You don’t even really notice it’s an instrumental song. The solo’s serve as a vocal line. All three of us can sing along every single note of this song. We’ve heard it so many times!

Gregg’s singing on Whipping Post is the pinnacle of ‘soul’ music. He puts so much feeling in this song, as if he’s actually tied to that whipping post and screaming on the top of his lungs. Also, the song itself has so many legendary melodies. We actually played a considerable part of this song during our live shows. It’s always so much fun to play an Allman Brothers song (Pablo and Robin actually played in an Allman Brothers cover band for a while!)

Gregg Allman did a great version of this song on his 1973 solo album ‘Laid Back’. It’s the perfect song to play when you driving a lonesome highway at midnight. It’s so dark an moody. I wish we’d written that song!

It’s not the song, it’s the legendary guitar solo by Derek Trucks during an Allman Brothers live show at Beacon Theater, NY in 2003 that makes Pablo cry every time. It’s out of this world, soooo good.

We know, it’s not the Allman Brothers, but Duane’s playing on this epic 1969 song by Boz Scaggs is breathtaking. We got inspired by this song when we were writing ‘Tired of Loving You’ from our Roux-Ga-Roux record (2016). It’s one of the most beautiful blues ballads of all times.

“Thrust” is out via Mascot on 4th May. Read MV’s review here.