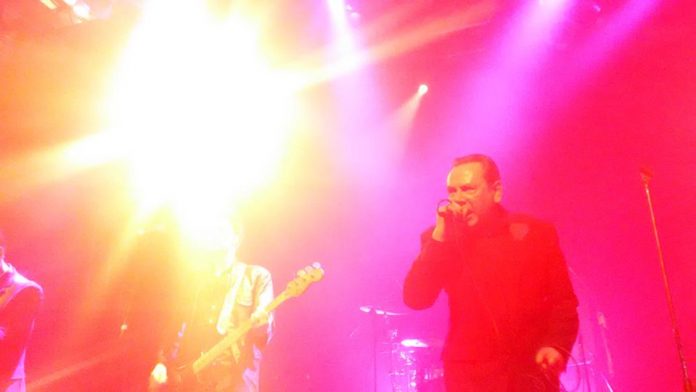 The Godfathers man on why he isn’t a musician, why he hasn’t got a favourite current band and why you should definitely listen to their new record
What inspired you to become a musician ?
Peter – Haha – I’m definitely not a musician (how dare you!) as anybody who’s ever been in a band with me would soon let you know. I ‘sing’ & write songs & sometimes come up with a tune or a riff or a musical direction a number should take. But generally the people in the band come up with some great music & I supply some great words – or vice-versa. Watching The Beatles having so much fun on TV when I was a kid got me real interested in music
If you hadn`t gone into making music, what do you think you would have done with your life?
Peter Coyne – Who knows? I might have been a journalist as I used to write for Record Mirror & Zigzag before I was ever in a group. Or I might have been a bank robber – I think I would have liked that!
Is there an artist or band you would have liked to have played with living or deceased and why?
Peter Coyne – Yeah, The Beatles in Hamburg in ’61-62. All the black leather gear & quiffs, speed & all the German birds. That would have been rock & roll heaven for me.
What is the best venue that you`ve played at and what venue would you love to play at?
Peter Coyne – Very difficult to say as we have played some really amazing venues over the years. The best venues are sold out with people screaming for more & we’ve certainly had our fair share of that. I don’t know – the London Palladium? We haven’t done that one – yet…
Best and worst gigs you have ever played and why?
Peter Coyne – Too many great ones to say in truth & the shit ones I forget as soon as I walk off stage. We played some great concerts on our recent February UK tour, real good. The best gig is always the next one & soon The Godfathers go off on a European tour in March – we’re looking forward to that, this band is on fire musically at the moment & long may it last.
What is your all time favourite album?
Peter Coyne – That changes from day to day. Today it’s The Doors 1st album. Another day it might be Roxy Music’s ‘For Your Pleasure ‘, Fun House’ by The Stooges the next, ‘Ogden’s Nut Gone Flake’ Small Faces, ‘Revolver’ by The Beatles, ‘Never Mind The Bollocks’ or Elvis Presley’s ‘Sun Sessions’ or a definitive Phil Spector compilation or some John Barry or Ennio Morricone.. That’s the beauty of music!!
What was the first record you bought and where did you buy it ?
Peter Coyne – Roxy Music’s debut 45 ‘Virginia Plain’ in a record shop in Herne Hill, south London in ’72 – a staggeringly good record that I still own & treasure.
Is there an artist or band whom you`d like to collaborate with?
Peter Coyne – Yep, Brian Eno. If I ever win the lottery he is so hired as producer for The Godfathers. A truly great, innovative musician/non-musician who I have no doubt would open up a universe of sonic possibilities. I’ve also heard he’s a great laugh too, which always helps. Eno – we LOVE YOU!! XX
Is there an artist, band or an album that has really impressed you recently that you think we should check out?
Peter Coyne – No!! Most of the modern music scene sucks big time, but I do like The Temples’ last album ‘Sun Structures’ released in 2014 – great songs & a sort of psychedelic feel to it all.
Is there anything you want to add or share?
Peter Coyne – Yes, please do yourself a massive favour & beg, borrow, steal or buy The Godfathers’ new album ‘A Big Bad Beautiful Noise’ –  it’s most definitely our best one yet & has attracted some fantastic, rave reviews from round the world.
Also feel free to connect with The Godfathers on Facebook https://www.facebook.com/TheGodfathersFamily/?pnref=lhc & check out our official website www.godfathers.uk.com