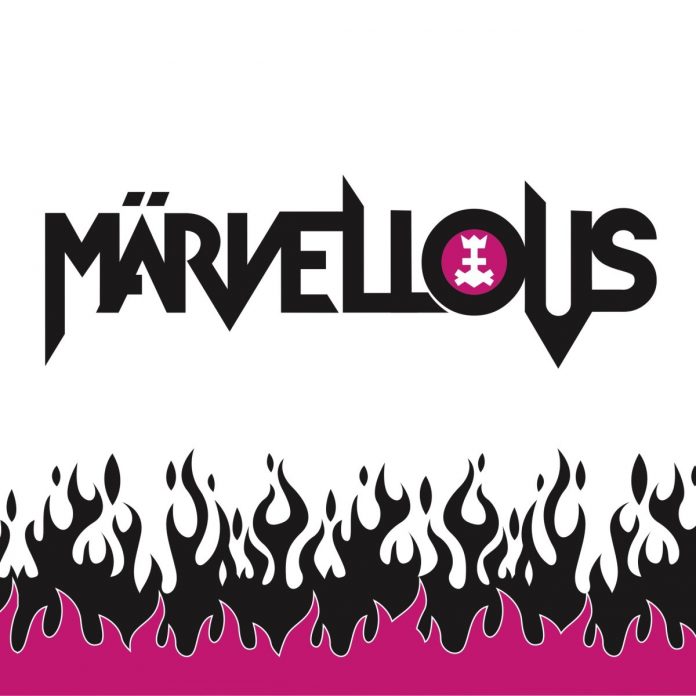 First single taken from Märvels until now unheard debut EP is out now! “Marvellous” a first glance of what the band sounded like during their notorious formation- period in the US; it’s intelligible and straightforward Rock n Roll with a strong and addictive chorus. The song is permeated by Märvels songwriting formula, that would later be used as a foundation for critically acclaimed hits like “The Hills Have Eyes” and “L.O.V.E Machine”.

Märvels debut EP “Märvellous” claimed to be recorded in 2002 for the American label New York Powerhitters during the bands exchange semester in Colorado. Märvel returned to Sweden before the songs were released, and the EP never got to reach the ears of Märvels dedicated fans. Until now!  After the success of their Guilty Pleasures album, the barons of rock has re-recorded their lost EP. After 17 exciting years of releasing albums and touring, Märvel have become a symbol in the modern Rock n Roll comunity, and their long tradition of writing hits while constantly developing their sound has enabled them to re-record an almost two-decade-old EP and make it sound as if it was written yesterday.

Märvellous will officially be released January 24th through The Sign Records.