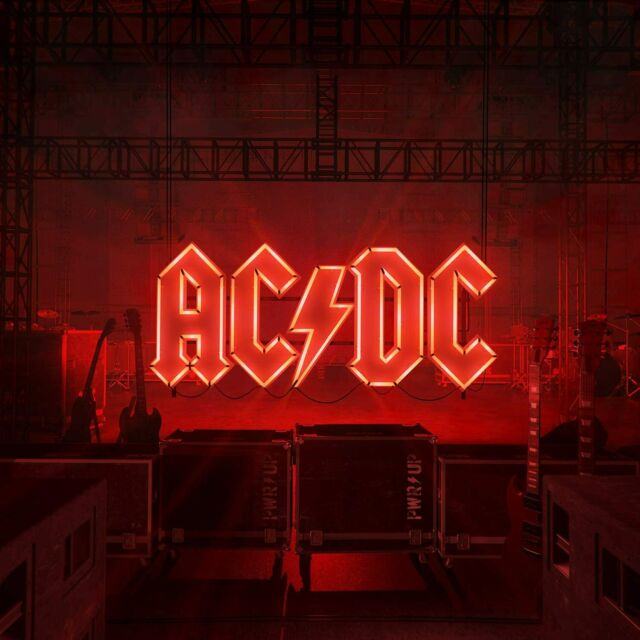 Picture the scene. You’re at a gig. The lights go down. There’s that anticipation. There’s nothing to beat it (ok, so most of you are now sucking a thoughtful tooth in reverie, aren’t you?), what happens next? Nine times out of ten an AC/DC song starts up. And there’s nothing better, there really isn’t.

Put simply, its like I wrote in another review last week: “all great rock n roll should have some Motorhead, Thin Lizzy or AC/DC in it, or it isn’t great rock n roll.” Which is why “Power Up” both matters and doesn’t. That is to say, it wouldn’t matter if it was a pile of crap, it wouldn’t tarnish their legacy or pretty much anyone’s love of the band.

In the event, “….Up” is far from being crap, in fact, it’s actually way better than you might imagine. It takes about two seconds of “Realize” before you urmmm…..realise that AC/DC are back, back, back. Brian Johnson lets out one of his roars that seems to be forced out from deep, and they are away with a boogie riff. There’s a lot of boogie riffs here, and there’s a lot of AC/DC in these 41 minutes.

“Rejection” swaggers. With its fists up, like it should. And I can pay “Shot In The Dark” no higher compliment than to say it’s the one. The one that would walk on to any album they have ever done. And, if you aren’t smiling when Johnson utters “a shot in the dark beats a walk in the park” then you didn’t like AC/DC anyway.

The rest of them veer from mid paced rockers “Through The Mists Of Time” being a prime example – full of harmony this one – and stuff that sounds like latter day Acca Dacca (copyright Tommy Vance), “Kick You When You’re Down”

It goes without saying that they’ve got a formula, and Brendan O’Brien (who has worked with them on the last couple) has polished it up. And make no mistake, there are some brilliant songs here. “Witches Spell” should have been on “The Razor’s Edge” and “Demon Fire” echoes the early stuff. Phil Rudd on drums enjoys himself here, that’s for sure.

The returning Cliff Williams anchors “Wild Reputation” down, and it almost seems redundant to mention Angus Young, but there’s no better riff wrangler around. “No Man’s Land” is proof that the album is probably two songs too long, it’s slower blues is better done elsewhere, and although “Systems Down” is far from bad, then the same is maybe true there as well.

The last pair, “Money Shot” and “Code Red” are better, because the former is filthy in that way that only this band could be. And everyone knows what’s been shot and where and the latter does that thing they often do at the end of records. It’s not quite “Rock N Roll Ain’t Noise Pollution”, but it’s not far off.

Ultimately this is not in the Premier League of AC/DC records, but good grief, the bar is high. What it is, is a very good hard rock record. It may be possible not to like the band, but remember, as the line in “High Fidelity” by Nick Hornby goes: “you can be wrong on a matter of opinion, when your opinion is bollocks.”

So forget analysis and just “Power Up”.