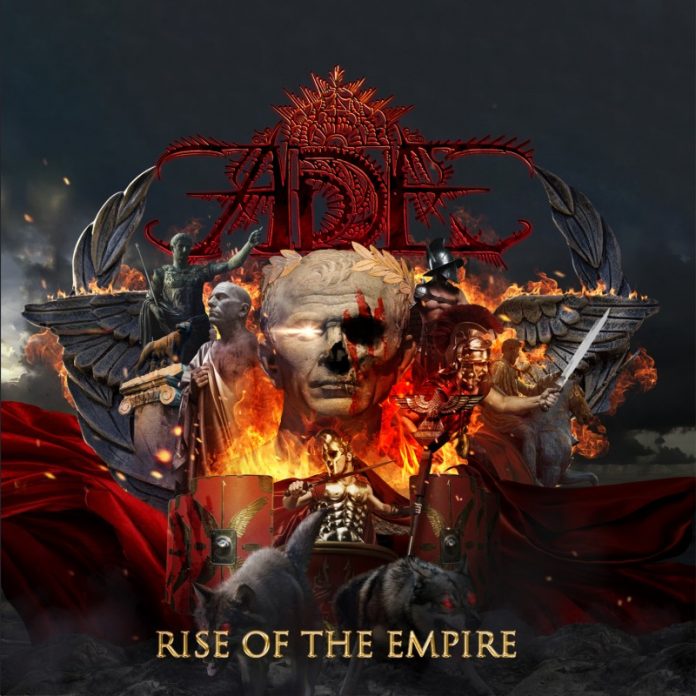 Italian death metallers continue to tell the story of their forefathers on album number four.

In the niche-world of Ancient Roman metal bands Ade, along with the superb Ex Deo stand as pioneers, not only of antiquity themed heaviness but also as standout metal bands period.  Irrespective of theme.  They are just 100% balls out death metal majesty.

Ex Deo proved with their last opus The Immortal Wars released in 2017 that just because you stick to one particular theme it doesn’t mean that there are not a whole plethora of ideas and stories to tell within it.  The story that Italian’s ADE wish to tell is the rise of an empire.  An empire that was once the largest in the known world.  An empire that ruled for more than a thousand years.  An empire that has enthralled, horrified and inspired every generation since.  The Roman Empire.

Their career thus far has stretched to a decade during which they have released three acclaimed albums.  They burst onto the death metal scene with their crushing debut Prooemium Sanguine and then took things up a notch or two with Spartacus before 2016’s Carthago Delenda Est.  In some ways Rise… continues where the band left off, the sounds and visual images they conjure are familiar and all too real but there is also an aspect to this album that sees a significant development in structure and sonic nuance.

The triumph, the glory and the tragedy of Ancient Rome is depicted across the 11 tracks and 44 minutes.  From the raging symphony of “Empire” to the folk-infused “The Gallic Hourglass” and into the remorseless death grind of “Chains of Alesia”, a track which regales the battle of 52BC in the Gallic Wars considered of one Julius Caesar’s greatest triumphs, it is an exercise in raw but beautifully controlled aggression…and that’s within the first four tracks!

The highlights are multiple with “Once the Die is cast” taking a mid-tempo into an epic, sprawling canvas of blood-stained brutality.  Similarly “Suppress the Riot” blows the whole album wide open and dives deep into the soul before being spat back out with a ruthless efficiency.

The pace seemlessly fluctuates between tracks but the intensity never drops.  There is always an air of melody even at their most visceral.  This is a band that have built on previous successes and have pushed their sound onto the next level.  The results are breathtaking.

Rise of the Empire is out now.