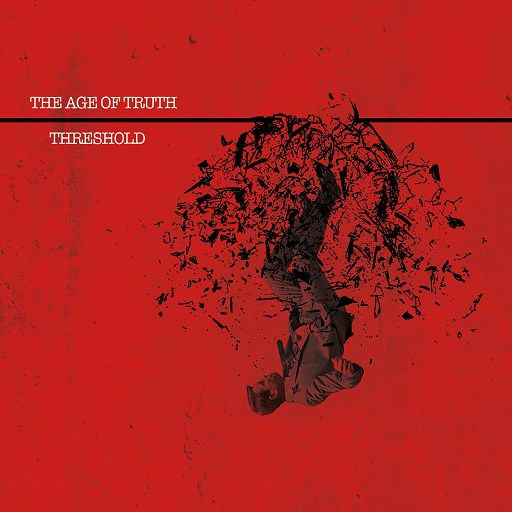 Monstrous slabs from Philly. We nearly missed this one. Don’t make that mistake

Bursting out of Philadelphia on the back of the kind of noise that would have been made if Chris Cornell had fronted Corrosion Of Conformity and not Pepper Keenan, but only after they had listened to a shit load of Black Sabbath and drank moonshine for weeks, “Threshold” is more than The Age Of Truth’s opening salvo – it might be the statement that defines them.  And yet, we nearly missed it.

Released back in November, it has come to our attention now because the good people at Kozmik Artifactz are sticking it out on vinyl in the spring of next year. All we can say is two things. Don’t miss it, because it’s fabulous, is perhaps the most important, but also that it is made for vinyl.

The first few seconds, if not quite all you need to know, is a hell of a clue. “Host (Demon In Me)” doesn’t so much kick in with a riff, as smash your door down with a massive slab of concrete. As dark as it is threatening, there is something of the occult about this. Merrily unsettling, it stretches for almost eight minutes, but it is entirely accessible and mercifully free of the type of growling that spoils a lot of records like this.

Instead, TAOT have a gift for harmony, an appreciation of the dynamic and a need for light in the shade that reveals itself over the course of the rest of the collection. If singer Kevin McNamara wasn’t born to front this band, then Christ he was made to provide vocals in a band like this. A force of nature, he tops off the music perfectly on songs like “Come Back A God” – which has a solo from Mike DiDonato that will make you want to learn to play six string too.

This is heavy rock, of course it is, but can swing its big balls too. “Supernatural Salesman” is bluesy, not as crushing, but no less entertaining, as rhythm section, drummer Scott Frassetto and bass man William Miller come to the fore.

“Holding Hands Like Thieves” broods, but you just know it’s going to cause more damage than a wrecking ball before its done – it wreaks glorious havoc –  and the journey that is “Caroline” has a real menace about it, while “Oceanbones” takes on a life of its own, busily building an unstoppable momentum.

The title track is somewhat at odds with the others, musically at least. Hard rock of the type that you might find on a Stone Sour album (even down to the whispered vocals Corey Taylor likes) – that is until McNamara screams in his best chest beating Robert Plant style.

That hints at a band that isn’t going to be content to rest on any laurels. There’s a bonus track that rather reinforces the idea that there’s more to come given that “Honeypot” is as sweet as something Monster Magnet might  have a crack at.

Whatever they end up doing, though, no one can take away the fact that we are already over the threshold. And that is all the ugly truth.