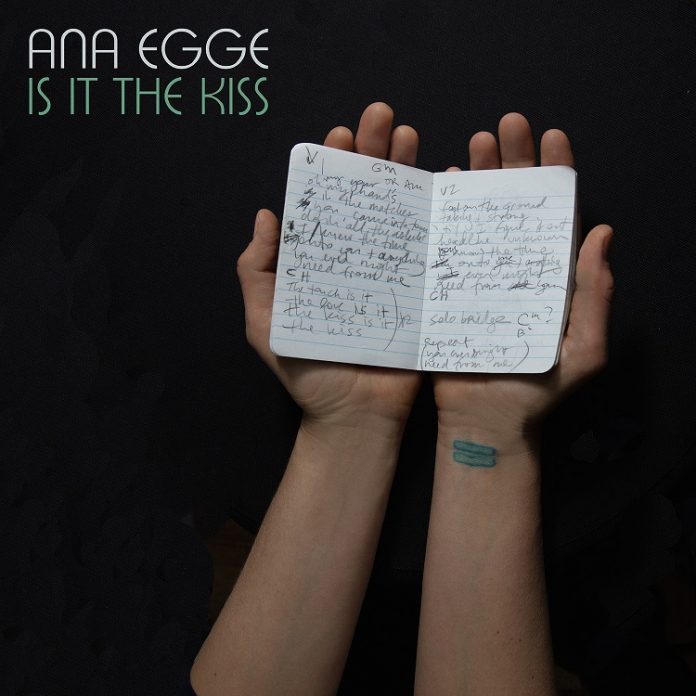 Ana Egge was born in Estevan, Canada but grew up in Ambrose, North Dakota, began a one-year apprenticeship as a luthier, built her own guitar and the rest they say is history.

`Is It The Kiss` is her eleventh album, which has nine originals and one cover. Steve Earle is a fan and has stated that Ana sounds “like she’s telling us her deepest, darkest secrets.”

`Cocaine Cowboys` is the album opener and it`s a laid-back country-folk song which benefits from some nice harmonies with two times nominated singer-songwriter Iris DeMent.

An interesting title but it appears to be an analogy in that the song seems to be referring to listening to the Country heroes that have gone before such as Patsy Cline and Hank Williams and getting high on them rather than the recreational drug.

A more soulful track follows with the superbly understated `What Could Be`, which is enriched with some delicious horns from Cole Kamen-Green and Adam Dotson. The chorus of “How do we love? We dream of what could be.” Really gets into your subconscious.

Ana`s voice on `Oh My My` is literally breath-taking. It`s nigh on whispered as Matt Davidson`s pedal steel drops in and out, alongside the subtle horn section.

Egge duets with Iris Dement on a cover of Diana Jones’s `Ballad of the Poor Child` and It`s a much more stripped-down version that is heightened by the delightful strings of Alex Hargreaves `s violin. `Hurt A Little` is quite an intricate song with Jacob Silver`s bass and Robin MacMillan`s drums laying a foundation for Ana`s optimistic message of working at things that are hard but nevertheless will work out. There were some nice electric guitar splashes from Buck Meek and subtle tinges of keys from Alec Spiegelman.

`Teacake and Janey` is based on the 1937 novel `Their Eyes Were Watching God` by African-American author Zora Neale Hurston in which, Janie Crawford, an African-American woman in her early forties, finds happiness with her third husband, a younger drifter and gambler Vergible Woods, known as “Tea Cake” Sadly, he becomes unstable after being bitten by a rabid dog and when he tries to shoot her, she kills him in self-defence and is charged with murder. As you can imagine it’s a heart-breaking song with just Ana accompanied on fiddle by Alex Hargreaves. The chorus of “when you gonna break my heart” will almost reduce you to tears.

A study in struggling and suffering follows with “James`, another melancholy song that seems to hint at the subject`s estrangement or isolation and possible addiction.

`Rise Above` relates a positive message of overcoming prejudice be it xenophobia, homophobia or discrimination. Lyrics such as “Don’t fall for anyone’s reasons to hate someone. There’s something in us that’s never been lost.” are offered above a really mellow and almost anthemic melody.

`Stay the Night` has a real jazzy feel to it with a bass and drum backbone and superb horn input. Egge`s seductive delivery of the suggestive lyrics including “I guess i`m good at being a bad influence” makes you want to take her up on her offer. The closing piece `Chasing Rabbits in the Sun` has a strummed guitar, some understated pedal steel nuances and horns throughout a tale seemingly of a disagreement between loved ones.

I have to say there was so much to enjoy with this release. Egge has said that the album came from “an uneasiness and a deeper need for connection.” It does seem that it sets out to help combat fears and serves as a reminder that with the bad comes the good. It’s a hard world she sings about, but not without hope. An admirable message.