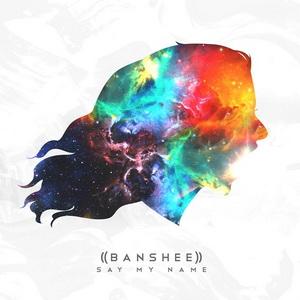 Damian gets his electro on with brand new EP from Scots

BANSHEE is an electronic alternative rock quartet from Greenock, Renfrewshire formed in 2011.

They comprise of Erin Donnachie (Vocals), Gavin Williams (Guitar & Synths), Liam Walker (Bass) and Gianluca Demelas (Drums). The band was previously known as Life on Standby and have now relaunched under the name of BANSHEE.

The opening track is “Intro (Nightmare)” and is what it says on the tin an introduction to this EP with the band laying down a marker with Erin’s teasing vocals and the boys Gavin, Liam and Gianluca laying down the foundations.

The title track “Say My Name” is a thumping beating pounding fast paced slice of hard rock with Erin belting out the bitter earnest lyrics. A real rock out number that shows what this band are really capable of.

The following tune “Secret” is a more poppy offering which highlights the diversity of Erin’s vocals which go from ethereal to almost sexily teasing at times.

“One Step Behind” starts with some bleeps and synth chords before the band share a more mid paced kind of love song. The lyrics are sung almost in a rap form at times before being heartfeltingly implored

This is a cracker of a release, a singer who can really rock a tune, with a voice that is aggressive one minute then delicate the next, backed by a real powerhouse trio.

A band that it’ll be worth keeping an eye out for.