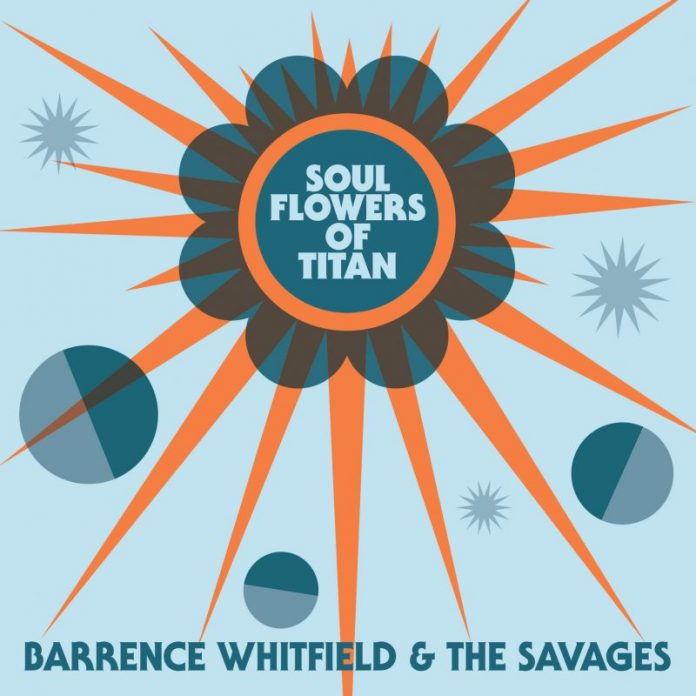 It might only be February but let’s be honest here, the album title of the year is in the bag. Even better, the 12 songs (and one bonus) that make up “Soul Flowers Of Titan” are as mad as the name.

Fittingly for an album named after a moon on Saturn, there is something out of this world that seems to be guiding Whitfield and his merry band of Savages here. Some primal urge somewhere between a second line in New Orleans, the most happening dive in the prohibition era, the very essence of what happened when Robert Johnson hot footed it down to the crossroads and the Jersey shore that every Southside Johnny fan romanticises without actually going anywhere near a Boardwalk.

And that’s just the opening song.

Because, that song “Slowly Losing My Mind” (it’s a lie, it is not slow at all, doing its work quite happily inside two minutes), might just be the most punk rock blues thing ever recorded. There is a trumpet solo before it is done that might just distil everything that has ever been great about music down to the brass tacks.

And brass tacks is what this deals in. This is a record that is all about feeling and energy. “Pain” for example sounds like there has never been anything bad in the world, and the classic shuffle of “Tall Black And Bitter” is so happy to party that it would be mortified if you didn’t listen to it with a drink in your hand.

That one, actually, is one of many that harness the wonderful organ of new Savage Brian Olive, and even when the pace slows as on the sassy “Tingling” the vibe is perfect. “Sunshine Don’t Make The Sun” captures the whole of this in a handy segment and moreover shows that as good as Ty Taylor and Vintage Trouble are, they are still not the masters of this.

“I’ll Be Home Someday” is perhaps the pick of the lot. Ever since MV was a kid watching Dukes of Hazzard (the TV show, not the film, thanks) in the early 80’s we’ve had the picture of what middle America should sound like. It’s right here. By its end, we are going to a Drive Thru in the General Lee. It doesn’t sound like a song from 2018 should, and yet they all should.

“Let’s Go To Mars” is proof that anything is possible, while “Adorable” is like The Sonics at their most earthy, and the bass groove of “I Can’t Get No Ride” is enough to get anyone up (off their seats, obviously) as its soul filled hip shaking strut kicks in.

“I’m Gonna Leave You” is time-honoured “woman done me wrong” type stuff, but Whitfield is such a force of nature that he makes everything sound fresh. “Edie Please” is like a turbo charged Stones blues track, fuzzy and fun in equal measure, it shows that even in the deep cuts this rules.

Ending with its gentlest affair, “Don’t Say Goodbye” sees the band in relatively reflective mood, but then it becomes obvious: you just need a slow one before you take the woman – or man – of your dreams home at the end of the night. See, Barrence is thinking of you right there….

BW and his Savages had a 25 year hiatus before returning at the start of this decade. This is their fourth album since. It’s their best by a long way, and one of the finest, purest rock n soul records you will ever hear.