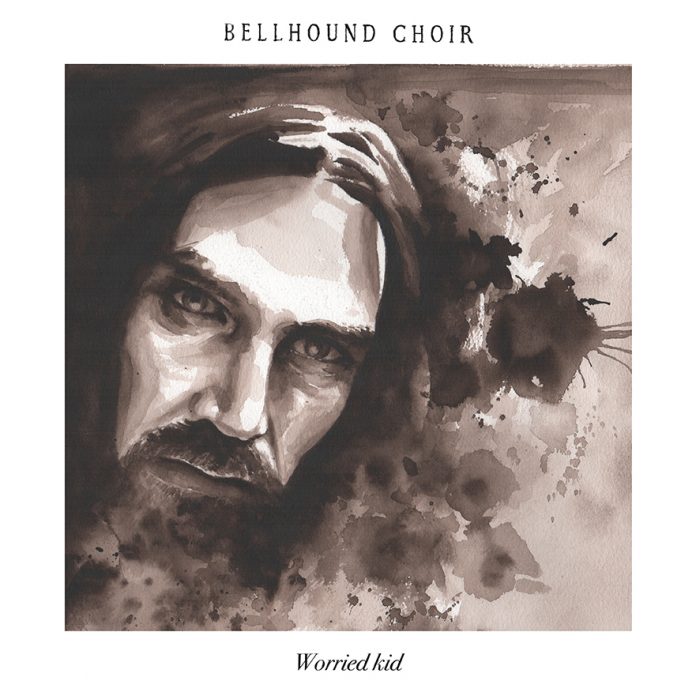 For when it’s truly dark

Back in the late 1980’s, MV was in our mid-teens, exploring Bruce Springsteen’s back catalogue and working backwards from “Tunnel Of Love” when we got to the 1982 “Nebraska” record.

We didn’t know it then – back then it was just a cool album that had “Johnny 99” on – but that collection, of just Springsteen, his boombox and all his fears, began a lifelong love of acoustic music.

The best kind was –  and always is – the confessional stuff. The claustrophobia of just you and the night at 3am with you and everything you regret for company. All the music we love now, from Iron Maiden to Thin Lizzy, to The Almighty, whatever, nothing is as pure – or conversely as expressive – as the sound of someone using their acoustic to come to terms with some kind of anguish.

It is into this great tradition that The Bellhound Choir enter.

The band isn’t a band at all. It is the work of Christian Hede Madsen – a singer songwriter from Copenhagen, best known for his time in Pet The Preacher.

The basic facts first. “Worried Kid” is his second album. Following “Imagine The Cackle” last year. It is eight songs, recorded with no overdubs and no other instrumentation beyond Madsen and his guitar (one of the tunes features Kellermensch singer and this album’s Producer Sebastian Wollf on vocals).

That’s the boring shit, because what really matters. In fact, is that “Worried Kid” is astonishingly good.

Deeply personal, you suspect, but rather like the tales of the aforementioned Springsteen universal. “Getting Bigger” speaks in its chorus of “you won’t be what you wanna be, I’ll be half what I can….”and even if you don’t know what he means specifically you can empathise.

If that’s the key to all great songwriting in a nutshell, then the cracked folk of “Full Moon” (which is the duet with Wollf) is so barren and desolate it actually sounds vulnerable, while the bluesy – in the truest sense of the word – “Oh Little Michael” puts you squarely in the shoes of the protagonist as he looks to find his own way in the world.

Perhaps longer than many acoustic albums, there is a timeless quality here. “Bad Weather” brings Madsen’s windswept, road weary vocals to the fore, and “The Jacket” is something akin to the work of The White Buffalo – but without the rock n roll bluster.

Rather “The Worried Kid” is exemplified by its title track and the song which immediately precedes it, “Dawn”. These are not singalongs, these are bleak pieces, just you, The Bellhound Choir and your innermost thoughts.

They are shot through with hope, though, and the closing swampy, delta blues of “Home” offers the idea that redemption is possible – “Home”, its says “is not this house, but this atmosphere.”

It also stoically insists that “I’m seeing this one through, there’s nothing left to lose” and this feeling of going for broke and doing it your way is all over “The Worried Kid”.  if all great music comes from sadness, then the sound of hitting rock bottom never sounded quite so good.