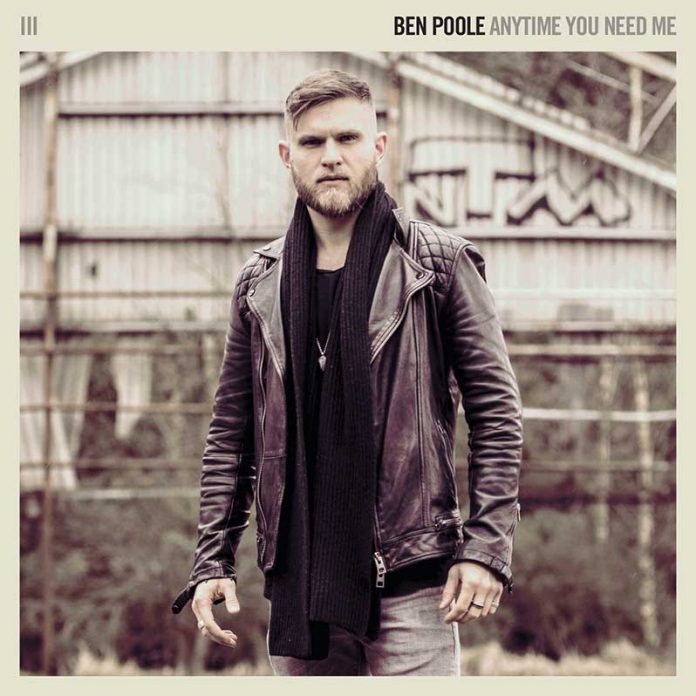 Every time I listen to Ben Poole, the same thing always comes to mind. One Sunday a few years ago, I was in Leicester to watch him play a co-headline show with Stevie Nimmo. Ben had gone on first, killed it for an hour or so, before with a typical Glaswegian gift for getting to the point sharpish, Nimmo came out on stage with these words: “yeah, I’ve got to follow that wee bastard…..”

Stevie is far from the first person to recognise Poole’s incredible talent. As his press releases always say Jeff Beck rates him, so does Beth Hart and Kenny Wayne Shepherd is a fan too, but the interesting thing, for me anyway, about Ben Poole is that he’s never quite looked happy with all the acclaim, like he was never satisfied within himself.

Maybe that’s why for album number three he locked himself away with Wayne Proctor (who supplies the drums here) and his songwriting partner, Steve Wright, to craft something that truly reflected his talents – and goodness me, how they’ve delivered.

From the first notes of the title track to the last breath of “Holding On” it is clear that “Anytime You Need Me” is something special.

Rather like Dan Patlansky, Poole is blues, but blues with a but. There is a soulful side all over this, and yet the lead break on the aforementioned “….Need Me” is a scorcher, but equally, as much as its soul-fuelled, there is a dirty, fuzzy quality to a couple of the riffs here too. “Take It No More” is built around one that might be more at home on a Brant Bjork record than anything Poole has done before.

A feature of the record is the superb use of keyboard and organ. There is a summery, almost funky quality about “You Could Say” for example, that is built on by what Ross Stanley does on the keys, and anyone who doubts Poole’s ability to make his guitar talk just as well as anyone else would do well to listen to the understated “Found Out The Hard Way”.

“Further Down The Line” is typical of the class here. The already superb individual parts meld together into something greater, as Proctor shows himself to be one of the great kit men – and Poole has some fun too. You sense this one will be a key part of the new live shows.

There are three covers here. “Dirty Laundry” by Don Henley is the first – and what a perfect choice it is too! Poole even sounds like The Eagles man, but is clever enough to put his own stamp on it  – “Start The Car” by Jude Cole is given a makeover, and sounds a world away from the blue collar track I remember, while the third is one written by Steve Wright, and the laid back “Don’t Cry For Me” is simply gorgeous.

The collection ends with two originals, though. “Let Me Be” has Poole sounding angrier than previously, and is from the heavier end of his material. The same is true of the last one too. “Holding On” is flavoured by Hendrix, and was apparently originally meant to be the first song on the record. You can see why it wasn’t though. For one thing it makes more sense after everything that’s gone before, for a second, its hook line: “I’ve made up my mind, now is the time,” somehow seems to encapsulate the whole thing.

“Anytime You Need Me” is brilliant. It’ll see the acclaim roll in – but that’s almost a given. I’d venture to suggest that to the man who made it, it means so much more. It means Ben Poole has finally arrived where he’s always wanted to be, and that will mean more to him than anything.