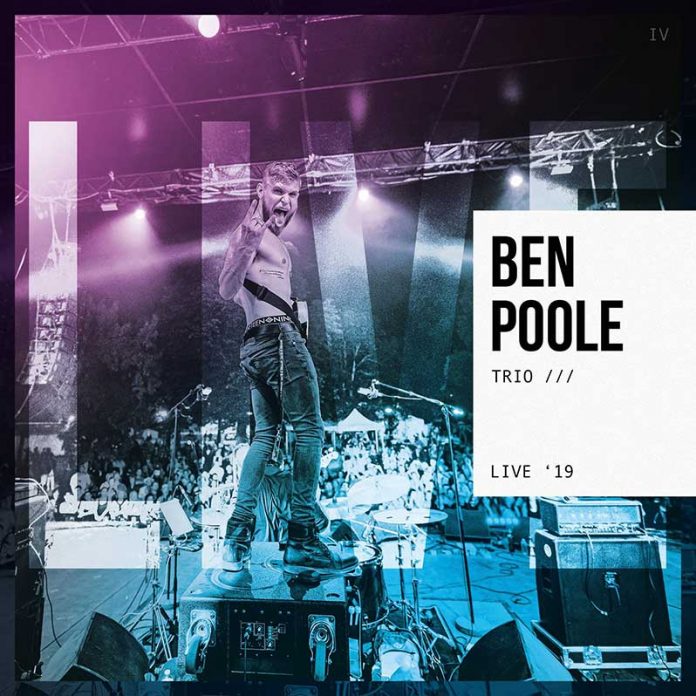 When I was little, my Gran and Grandad gave me a portable radio for Christmas. To this day, I prefer listening to stuff than watching it. Anyone who knows me will tell you that any conversation regarding films that starts with: “Have you seen….? End with the phrase “nope mate, sorry.”

That little radio opened my mind to so many different things. I am not even a Kiss fan particularly, yet its stuck with me that on the Friday Rock Show once that they put on a Kiss concert from Portman Road, the home ground of Ipswich Town (where I’ve actually seen my lot win, too) wherein Paul Stanley yelped, as only he could: “Well good evening Ipswich”.

And live gigs, live albums, especially ones that are recorded in obscure places, that’s just dandy so far as I am concerned. Let’s face it, any Tom, Dick or, Lemmy or Lizzy can be Live and Dangerous in Hammersmith Odeon. If on the other hand, you rock Kendal and Barnsley (where I saw my lot win this season as it goes), now we are talking.

“Trio//Live 19” saw Ben Poole and his wonderful band, Wayne Proctor on Drums and Steve Amadeo on bass head to the two northern towns (and The Half Moon in London’s Putney) to document the live set he’d been playing since his marvellous “Anytime You Need Me” came out.

I wasn’t at any of these shows, but I was at Leicester Musician, just before Christmas in 2018 to watch him perform something of a masterclass. I’d seen him before, but I’d never seen him this good. He was assured, skilful, looked like he was having fun – indeed the only blot on his horizon it seemed to me that night was that his nan and Grandad were in the crowd and he told himself off for swearing as a result (see, I didn’t just pluck that intro out of the air…..)

From the second that the crunching, strident riff of “Take It No More” ushers things in here – and it sounds fuzzier, if you will, kind of primal, this is a live album from the top draw.

“Win You Over” in which he pauses to wipe the sweat from his guitar, is exactly the type of thing he excels at, blues? Yes of course, but with a soul too, and amongst all the talk of his guitar playing, the way his voice has developed from the early days. To my mind, there is a touch of Don Henley about him these days (and yes I know he’s covered one of Henley’s tunes in the past, not on this collection).

“Start The Car” was a choice cut on “….Me” and is so here too, and let no one be in any doubt as to the skill and quality of his playing. He can rip with the best of them. His jam on “Have You Ever Really Loved A Woman”, the old Freddie King song, is first class, while there is just a flavour of Dire Straits about “The Question Why”, an understated Mark Knopfler feel – indeed “I Think I Love You Too Much”, the Dire Straits song appears a little later).

“Further Down The Line” is more hard rock, and on a set heavy on the new material – quite right too, they should be proud of it – “Don’t Cry for Me” comes into its own.

His “Time Has Come” record started with “Lie To Me” – an Ian Siegal tune – but it was a highlight then and it is now, while the gentle “Found Out The Hard Way” shows the full light and shade of the colours here.

There’s a dip back to the back catalogue and that debut record, where the fresh faced young man tore away with “Stay At Mine” and speaking of title tracks, then the album number three’s isn’t too shabby either, and the band as a collective get to show their considerable skill.

Indeed that is true of both the last two – the record is about 100 minutes long, but half an hour of that is the ending pair. That said, “Time Might Never Come” is a lesson on how to play.

These shows – and goodness knows how far we were into the tour at this point given that he’d only been home a few days in the three months prior to the night I saw him – underline the growth and amplify the skill.

Poole is one of the finest we have, and, well forgive the obvious ending, but its his time to shine.