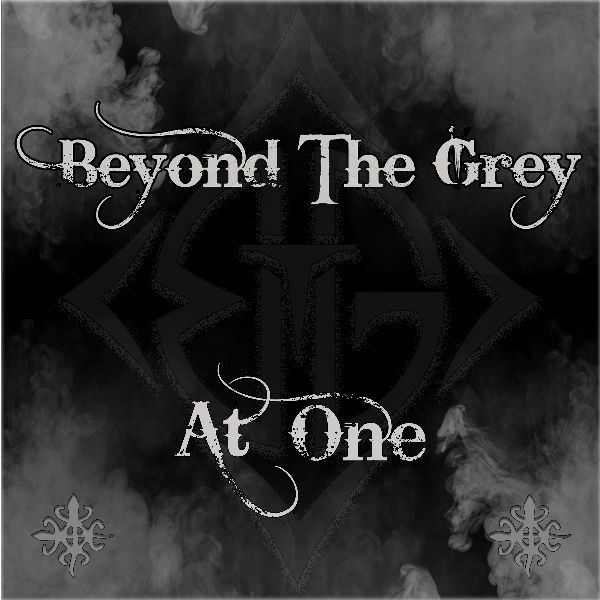 Beyond The Grey is a Kansas City based rock/metal band comprising David Lingenfelter (lead vocals), Jim McNeil (bass), John Alexander (guitar), Scott David Cameron (guitar and vocals) and Eric Nissen (drums). The guys have opened up for the likes of Hinder, Bobaflex, L.A. Guns, Bang Tango, Enuff Z`Nuff and many more. They have a new five song E.P. titled “At One” that was inspired by the times we currently find ourselves in.

This extended play opens with the title track `At One` a song that calls for an end to the personal and political divisions that have beset their country. It has a wonderfully heavy vibe and initially the vocals have a Rob Halford tinge but by the chorus they`re more rounded. It has a delightfully melodic dreamy feel and some cracking guitar solos. The lyrics allow the fundamental question to hang there with “dreams do we care, dreams do we dare, do we just condone, never to atone?” and end on the pertinent statement of “can we be At One?” A storming introduction. There`s a churning, grungier sort of Alice In Chains texture to `I Prevail` where the band narrate as to the fact that we should be bringing a fight to the battles we face in the track. A much more uncompromising number which again enjoys a short guitar solo.

`Men Of War` is a blistering anthemic almost call to arms. It`s a number that doesn`t shy away from the band`s support for veterans, troops and the first responders. I can see the faithful at a live show with fists clenched pumping the air at the closing crescendo with the invitation or appeal from the singer to “Fight!, Fight!, Fight!, Fight!, Fight!, Fight!, Fight!, Fight!” The difficult and at times divisive subject of dealing with depression is dealt with in the open and honest ballad `When the Castle Falls`. There`s a real synergy of anguish and suffering shared in both the vocal and musical delivery, even the guitar solo sounds like a cry for help.

The guys seem to have a respect and admiration for the Black Country`s finest Judas Priest so it`s no surprise that they end this release by sharing their cover of `You’ve Got Another Thing Coming`. A cracker of a choice as it`s the song that broke Priest in America in the early eighties.

It`s a faithful version but they do put their own stamp on it by bringing it up to date and giving it a slightly threatening, menacing edge.

I have to admit when i`m a little out of sorts with life, rock and heavy metal is the genre of music that I turn to as it can really pull me out of that slump and Beyond The Grey `s hard and heavy sound with that little but of grunge and a slight edge to it really hits the spot. This is a submission that will have you nodding along, tapping your foot and at times singing along.

A real tonic for the difficult times we`re all living through and something we can savour until we can get to see these sons of The Sunflower State perform them for us in a live setting.