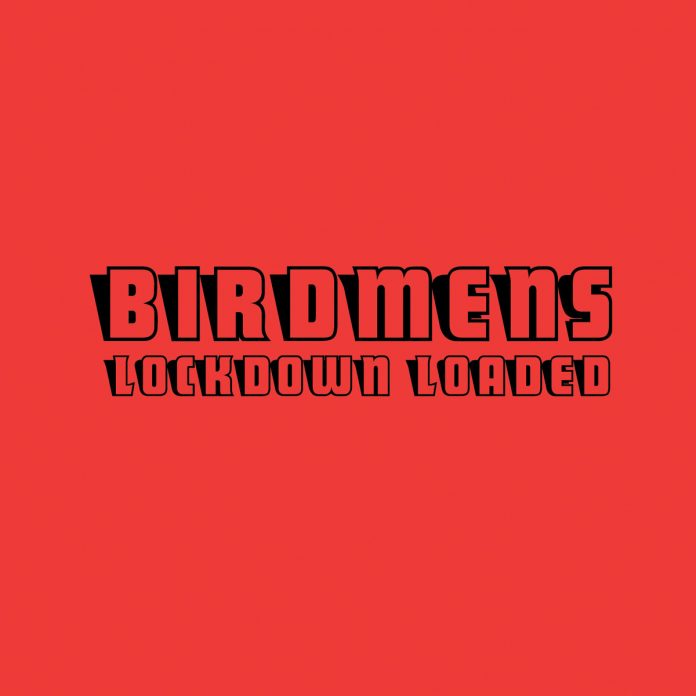 With everything that has been going on, you could be forgiven for missing the story about the Bolivian Orchestra that caught my eye the other day.

Potted version: 20 of them came from Bolivia to play some gigs (performances, may be a better word) in Eastern Germany, just before the Covid-19 lockdown hit. They were staying in a Castle somewhere and before they could get back they were stuck.

Now, they were holed up together with a German musician who brought them over in the first place, and when they spoke to the leader of the Bolivian’s the other day on radio he said something interesting. Asked how they were he said: “Oh we are practicing hard, six hours a day and of course, with all the talent in one place here, we are going to create.”

That, really, is what Birdmens is about too.

As they put it themselves: “With 198 years of live performance experience between them, ‘Birdmens’ came together in the wake of the 2020 pandemic. Creative recklessness facilitated them, more readily, being socially responsible.

“Armed only with cheap microphones, phones and varying internet speeds, ‘Birdmens’ have made an album which thrusts a genuine life-force and verve back into a scene desperately in need.

“Made in bedrooms & kitchens, for less money than would be needed to buy each of the eight members a face mask”

Those musicians are Jon Amor, Rob Barry, Dave Doherty, Joel Fisk, Bob Fridzema, Jonny Henderson, Giles King, Ian Siegal (and I am not going to pretend I know them all, as I have never claimed to be a blues purist), but I do know there’s plenty of skill and ability there to match the experience.

What I also know – and you will too within about 25 seconds of opener “Cat Drugged Up” – this is a lot more raw than you might have thought. Primal grooves and Siegal channelling some kind of Jim Jones Revue-like vibe.

That sets the tone for a record that goes pretty much anywhere it wants to, over the next half an hour or so.

Amor takes the vocals for “Hipbone” which sounds like it is in need for some “company” in the lockdown, and on “Star” it almost feels like one of those Skype calls where everyone is trying to talk at once. Somewhere, in amongst all the righteous energy, a song breaks out.

If ever a pair of tunes underlined that this isn’t the record you thought it was going to be, then the 1960’s flavours of “Sherriff” and “Heal Thyself” with its high-pitched vocals, from Seigal, has more to do with Prince, say, or Lenny Kravitz. Both, though, are underpinned by some fabulous organ from Bob Fridzema – who I have seen play with everyone from King King to Sari Schorr and Joanne Shaw Taylor. He excels here.

He does too, on the downright funky fun of “It’s Inconvenient”. Tongues firmly in cheek, but the guitar here makes this a real highlight.

“Holler” to be frank, is more what I expected when the album arrived. Blues and jazz straight from the Jersey shore in the prohibition era, and “Diggin That Rut” finds the same type of territory as the opener, but actually, a rut, surely is the very opposite of that this is. This sprung from a desire to push on, to create, to do something creative. For some that burns deep, and it most assuredly does here.

“What’s The Name” is another with its roots in the roots of music itself, there’s a lot going on here, and it is testament to the talents involved that it emerges as a shining light, perhaps the best thing on “….Lowdown” in fairness. It sounds like a live show. And not one of those soulless Facebook live ones either, this crackles with an energy.

After that then the next one, the horn drenched “Cover It Up” with its Ian Maclagan nods in the piano, balances it out by being as laid back as a fella in a Hammock with no work tomorrow (on furlough? Maybe) and “Birdmens” actually sounds like Siegal at his best. Stripped down, acoustic, like the hardcore troubadour he is, the first line: “In a world where ignorance is virtue” seems strangely apposite given the daily events I watch every single day these days. Here, though, it is but another pleasing diversion on an album of many.

Is “Lockdown Loaded” going to win album of the year? Probably not in honesty, but it is very much an album for this year. And it is much more to my tastes than a Bolivian Orchestra, that’s for sure.

(Additional reporting, as it were, by Iain Cameron of Bluesenthused.com – who knew which musician did what, so I “appropriated” some of the info above from his review).