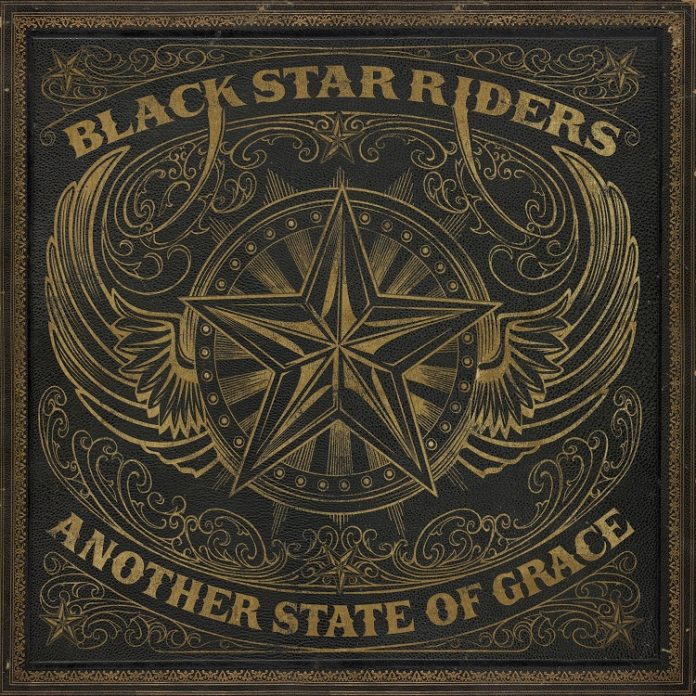 Last week, I went to see Stiff Little Fingers, on the night that would have been Phil Lynott’s 70th birthday. Right before they played their last song, SLF’s Jake Burns dedicated it to the former Thin Lizzy hero (frontman seems to sell him short, somehow….).

If Lynott’s influence hangs over all great hard rock – at least if it is done right, it does – then that is more pertinent than ever for BSR, given their history. Everyone knows, now that they were the band that the last incarnation of Thin Lizzy became, and if in some fantasy game that everyone who likes music has played my answer to the question: “Who is the band you wish you had seen?” Is always “Lizzy with Phil” then for Riders that is a double-edged sword.

I have seen Black Star Riders play live Lord knows how many times. I was lucky enough to be at their first ever gig. And over the six and a half years since they’ve gradually included a lot less Lizzy in the set. I saw them last winter, and some pissed up bloke spent the first hour shouting “play some Lizzy, yer bastards” at them. For this, he got short shrift from BSR frontman Ricky Warwick (“I know how to play a gig, mate, I’ve been doing it for 30 odd years….”) and a thick ear from his missus who dragged him out of the show (genuinely, I saw it…) but it shows what they’re up against.

And yet, there are only two members of that last Lizzy incarnation still around. Warwick and Scott Gorham. That gig in Leamington, as well as being a festival warm up, was Damon Johnson’s farewell run. The band have lost members before. This one, though, this was big. He was Warwick’s partner in crime, a major contributor. A “bro” as the singer calls him.

So, I’ll be honest, when “Another State Of Grace” arrived, I was more than keen to see how they’d got on this time. They have a three-album legacy to protect after all.

Album number four? Yeah. It’s the best of the lot.

It’s the best of the lot because it has taken all that was great about them and added some new stuff. Like the sax on opener “Tonight The Moonlight Let Me Down”, which is absolutely unashamed to wear its Lizzy influence on its sleeve.

Like the newly political lyrics that abound. The title track – kind of an updated version of “Soldierstown” from the early work  – begins thus: “They called them the troubles, cos it wasn’t quite a war, to admit that it was would make it harder to ignore” and there is a real feeling that Warwick has dug deep here to find something inside.

“….Grace’s” standout moment, the “Bound  For Glory” here if you like, is the astonishingly good “Ain’t The End Of The World”. Yeah, ok, it sounds like another band. But Christ, try and resist it, and try and not hear the sneer in Warwick’s voice when he sings “playing safe is only playing, and I kinda like being dangerous…..”

In fairness, there isn’t a lot here that isn’t a standout moment. New guitarist Christian Martucci, and drummer Chad Szeliga (who is making his studio debut here and who like Martucci is in Breaking Benjamin) have slotted in seamlessly, and Jay Ruston – surely the producer of choice after his work with Stone Sour and The Damned Things –has freshened things up.

The centrepiece of the record is a gorgeous, poignant ballad “Why Do You Love Your Guns?” a sort of state of the union address, and it is followed up by “Standing In The Line Of Fire”, which is going to make balding blokes in their 40s everywhere, who long for a reunion of The Almighty, even more upset at the absence of one, while the troubadour, Tom Petty-ish, strains of “What Will It Take?” benefit from Pearl Aday (who had been on their classic “Testify Or Say Goodbye”) singing some superb harmonies.

Calling “…Grace” the best thing they’ve ever done wasn’t just hyperbole on my part. I did it because there are – arguably for the first time – no weak points. “In The Shadow Of The War Machine”, for example, might be down in the deep cuts, but chugs along like prime Neil Young, and the incredibly catchy “Poisoned Heart” ends things in a manner that suggests that it will be a staple of the live set for a long time to come.

In the pre-chrous for that, there’s a couple of lines that actually, to me anyway, sum the band up. “I was never good at telling lies, I was always good at being honest, and I was always good at goodbyes” sings Warwick. And surely its that honesty, that desire to be exactly what they are, and the ability to change line-up’s so well, that sets Black Star Riders apart.

Or that might be a bit deep? If it is, then here’s something simple: “Another State Of Grace” is the hard rock record of the year.