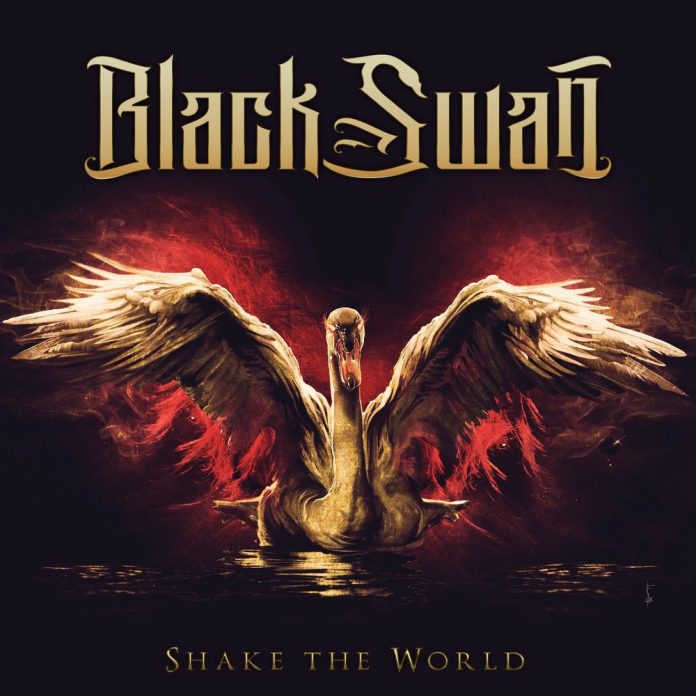 It sounds like a music geeks discussion: “Right then, if you could pick a fantasy band, what would it be?” Well since you’re asking, Phil Lynott on vocals and bass, Slash on lead guitar, Ginger on rhythm and Nicko McBrain on drums, but I digress.

That question though must get asked a lot at Frontiers Records Headquarters in Italy. Serafino Perugino, the Head Honcho over there, seems to be a master at getting his men.

Every month, it seems there’s some record or other where they drag together a load of stars and meld them into something you weren’t quite expecting.

I had them on here as a band of the day on 1st January. It wasn’t deliberate, it’s just how it happened, but looking back now it seems strangely apt. This was a band that is perfectly prepared to look back to the past – both rock in general and their own illustrious careers – and which managed to stay fresh in a world where a lot of hard rock has got largely bogged down in trying to be retro.

Not here. The thunderous drums and metal riff of “Shake The World” give a clue to that. It also reminds me just why I liked Winger so much. For pretty much the same reasons I said above. Beach was always more innovative than many of the poodle permed AOR merchants back in the 80s and he still is.

“Big Disaster” bounces about on the back of a huge bass groove, waving its balls about as it does, and even when they are dealing with serious issues, such as mental health and PTSD on “Johnny Came Marching” they do so with a spring in their steps.

Much of this is down to McAuley. He roars. If you saw him on the Schenkerfest shows, then that’s kind of what he does here. He just owns these songs. Simple as that.

Lengthy songs they are too. Involved. Thinking man’s modern rock and roll if you will. The way “Immortal Souls” does its business is very much from the top draw, and “Make It There” – let’s just say, you can tell Beach has been in Whitesnake – is a fine example that the power ballad is alive and kicking. And in fairness, the lyrics here are more interesting than usual on this type of thing. “She’s Onto Us” is better (balladry never was my thing) and its playful air suggests everyone enjoyed it.

The best thing here, actually, is probably “The Rock That Rolled Away” and that is a prime example, really of the path this deftly navigates. Modern, classic sounding, but goodness it has a chorus. They all have them. This is a band that could easily fit into arenas given half a chance.

“Long Road To Nowhere” merrily transports you back to 1989 and you think to yourself – at least I do anyway – “why aren’t Bon Jovi making stuff like this these days instead of the guff they inflict on us? –  Beach does some pretty Gary Moore stuff on the lead for “Sacred Place”, a real mid paced thing that hits home, and the use of strings adds some depth to “Unless We Change” which in the end has a proper gallop.

Pilson, who showed how good a songwriter and musician he was in the brilliant The End Machine last year, is at it again on “Divided/United” where his keyboard playing (which shouldn’t be underestimated throughout, never mind his bass) is right to the fore.

“Greater than the sum of its parts”. That’s the phrase that gets bandied about. I am never sure if that is right, and I not here, either. The individuals are great, so are Black Swan. Instead, I’ll put it like this. Any football fan knows you can have 11 great individuals but not always a great team (not my lot, they’ve got neither). Black Swan have both, and “Shake The World” is your proof.

A HEEP OF SHOWS