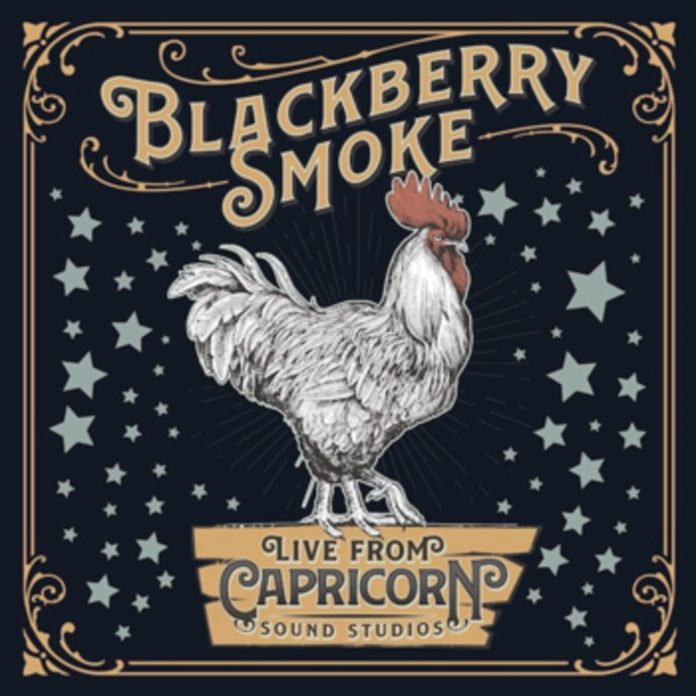 There are bands you go and watch and you just know that if they weren’t on stage, they’d be watching the gig with you.

Those are the bands for whom music matters. Not like the big, soulless, corporate bullshit – lets pluck a band out of the clear blue sky here and say oooooh, I dunno, Kiss – who haven’t made a decent record in decades (and have cared less about music for even longer)  but sell lunchboxes by the truckload.

Hell, even Bon Jovi for all their recent faults have said that with no tour there is no new record, and credit to them for that.

The bands that love touring, instead of loving money, it seems to me have got it especially tough right now. Like, what do you do? How do you do what you were born to.

Well, if you’re Blackberry Smoke, you get yourself to a legendary recording studio in Georgia where some of the greatest names in the history of “Southern Rock” made some of their greatest records, and record a covers EP of songs connected to them.

And “Live at The Capricorn Studio” is as utterly joyous as that sounds.

A major recording act hadn’t made an album there in 40 years before Charlie Starr and the boys turned up, and they marked the occasion with a blistering version of “Midnight Rider”  – interestingly made in the same space 51 years before.

I heard an interview with Starr on Eddie Trunk’s podcast the other day where he said that was meant to be that, but it never was, surely. Something this good needed to be fleshed out – and it is, with five more that are just as good (and in more than one case even better than that).

The aforementioned Marshall Trucker Band also made records at Capricorn, and their “Take The Highway” is given a real almost folky touch by Marcus Henderson’a marvellous flute work.

“Keep On Smiling” and the uproarious “Grits Ain’t Groceries” were both done by Wet Willy originally and their Jimmy Hall lends his vocals – and incredible harmonica to both, and special mention here simply must go to The Black Betty’s, who’s astonishing backing vocals are as good as it gets.

“Revival” is such a warm and loving version of Allman’s original that you can’t help be swept along by it, and doing a Little Richard song – as they do with “Southern Child” – is somehow fitting given that the passing of the great man was rather overshadowed by the travails of Covid-19.

The way they do it, though is pure Blackberry Smoke. And that’s exactly why this record is 29 minutes of the fun. They aren’t trying to be anything they aren’t, they are doing what comes naturally in the place where so much magic has happened.

There are no better placed people, surely to sing: “I am a southern man, from down in Macon. Georgia” than those right here. The fact that this EP didn’t “need” to be made is exactly why it should have been – and why it is such a joy.

A portion of proceeds from ‘Live From Capricorn Sound Studios’ will benefit MusiCares’ COVID-19 Relief Fund and you can buy it here: https://www.blackberrysmoke.com/shop/live-at-capricorn-sound-studios-cd-dvd-product