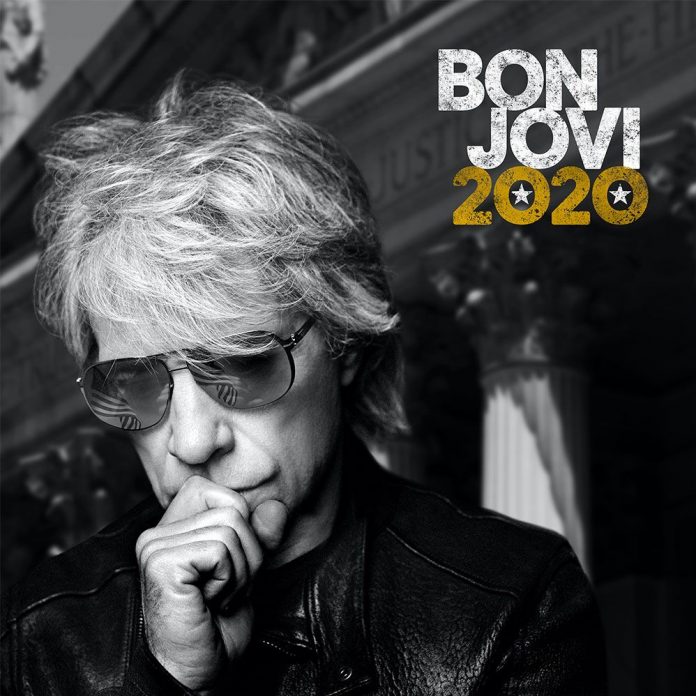 Some observations, before we get going. All, in their own way, are important to “2020” (or at least how I view it). First On my 13th birthday, 32 years ago more or less to the day, I was given “New Jersey”. I’d argue that, even now, it stands as the greatest record of its type ever made.

A couple of years before, in the summer of 1986, we’d been taping our favourite songs off the Top 40 when “You Give Love A Bad Name” came on. A month or so later, it was followed with “Livin’ On A Prayer” and I sent my mum to Music Junction in Solihull with my pocket money to buy the record that changed my life. Even then I loved music and something probably would have been the catalyst for it, but “Slippery When Wet” was the first time music was mine, not Queen, or Elvis, The Stones, The Beatles or Zeppelin that was mum and dad’s. But these were my boys.

There’s another reason that they will always have a place in my heart, too. “Livin’ On A Prayer” had become my mum’s favourite song over the years. In 2009, when she died, it was played at her funeral. For years, I struggled to listen to the song.

If I put all that in to illustrate the pedestal that this band will always be placed on, then it illustrates another point too. Jovi, for me, for many others, for the Tommy’s, the Gina’s all over the world, is mostly about nostalgia. Be honest, how many great records have they put out since “Keep The Faith”? One, I’d say. “Crush”. And as MV’s Donnie (effectively another brother to me throughout all those experiences above and the other half of the “We” taping the top 40 in the 80s) put it last night on a text, “if you made a compilation of all the best songs they’ve released this century after that, you’d have one good record.”

He has a point. Certainly, they released one in 2013 that was so awfully bland I didn’t listen to the next two for years and years. “2020”, is though, I’d suggest the best since “Have A Nice Day”.

The cover gives it away, really, and if that doesn’t, then the credits might. Of its 10 tracks eight are written by Jon Bon Jovi solo (the other two are co-writes with long term collaborators John Shanks and Billy Falcon) and the artwork is JBJ, moody and black and white, on his own. The inference is clear. This is his record. More than that, this is his statement. His state of the union, if you like.

As if to prove it, two of the songs weren’t on the original track listing (the album was originally slated to appear in the spring and pulled due to the pandemic). Both of them, the country tinged, “Do What You Can” and the sombre, singer/songwriter fayre “American Reckoning” deal directly with 2020 itself. The former addresses Covid head on and in typical JBJ style concludes “I’ll keep my social distance, but what the world needs now is a hug”. “…..Reckoning” is actually way better. The best set of lyrics that Jovi has ever set down, probably, while musically, he essentially explores his Springsteen fantasies. You wish they/he had gone down this route before. And frankly, you wish there was more like it here.

The opener “Limitless”, isn’t bad. A modern pop song, made for radio. It’s fine, “Beautiful Drug” is more of the same. No one is going to hate it, unless you hate the band in the first place. The people that love everything they do will love it, and the rest of us let it float on by.

In the spirit of the honesty that I have tried to write this review in, I’ll admit something. I very nearly gave up on the album after “Story of Love.” Truly execrable, if it isn’t the worst song they have ever made then please never play me the one that is.

That I am glad I stuck with it is down to a really strong second half of the album. Quite what the superbly blue collar “Let It Rain” is doing as track six is beyond me, and the fabulously thoughtful “Lower The Flag”, dealing with the terrible shootings over the years in the US, is a shining example of what this album can be.

“Blood In The Water” is a highlight too. Trump’s America’s woes set to a slow building epic (lets be honest, it sounds exactly like “Dry County”) topped off with a solo from Phil X that is top drawer (and sounds like Sambora’s on “Dry…” well you get the point), and the way the lyrics “I’m the comments you keep reading/At the bottom of the page/I’m real power, I’m a patriot/I’m a Russian hack by trade” are delivered is with a real contempt.

It would be the best thing on the record if it wasn’t for “Brothers In Arms.” This is the one. A stomping, sleazy, Stones like thing, it is the best single track the band have released in a very, very long time. The last one “Unbroken” is the longest, telling the tale of a soldier and his struggles, it is done with sensitivity and class.

Ultimately, given that it is so overtly political, “2020” could be seen as one of the bravest albums of the bands career (if it is really a band, if it ever was a band, really?). They could have gone down the feelgood route, given the faithful what they wanted, instead, Bon Jovi have (or Jon Bon Jovi has depending on your take) given them what he needed to say.

It’s not a classic, no matter how much the die hard’s will protest, but neither is it a clunker. It stands up with most of the rest of their career and maybe, for Bon Jovi in 2020 that’s all you can ask.