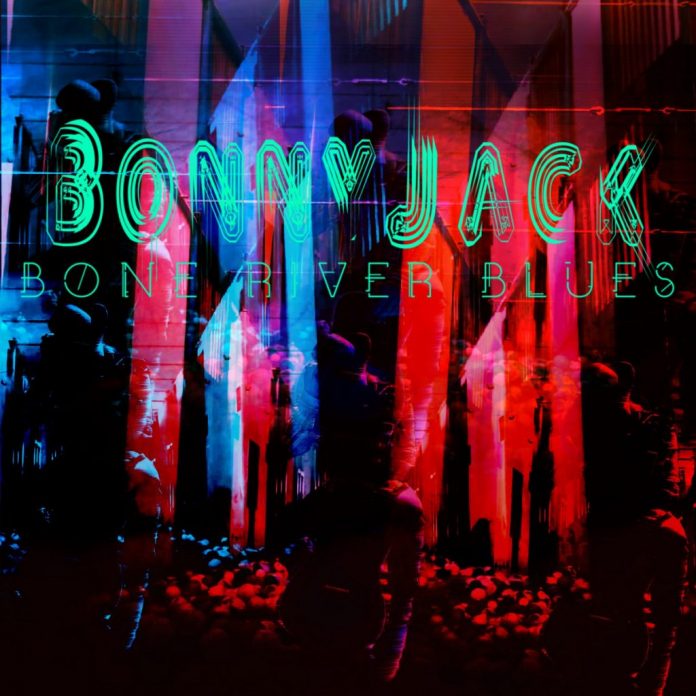 The name Bonny Jack would seem to conjure up some amiable Geordie, but no, Bonny Jack appears to be a pseudonym for Matteo Senese, a singer songwriter and guitarist who previously had a band called Julien with Paolo Diana, a kind of stoner, electronica come psychedelic mix. “Bone River Blues” is an album of songs that Bonny Jack has put together that could have come straight out of the swamplands of Mississippi or Louisiana and not the Eternal city of Rome.

The opening track `Howlin` in the Night` is a song dedicated to Chicago Blues man Chester Arthur Burnett or Howlin Wolf as he`s usually known. There`s a wonderfully hypnotic slide guitar and kick drum or box that takes you through this tale of somebody who lives for the night. Bonny Jack`s remotely shared vocals work wonderfully on this piece and there`s a bonus of handclaps or finger clicks to guide us along. Again, we have distant vocals on `Dead Man`s Chest` another song that enjoys some marvellous almost distorted guitar chords. A pirate fable, from the lips of a dead man in hell reflecting a life that he`s lived and can`t blame anyone for where he`s ended up. The lyrics that include “fifteen men on a dead man`s chest, yo ho ho and a bottle of rum” and have some catchy harmonies towards the end.

`Hoodoo House` is a story of the narrator caught between two worlds, possibly purgatory, seemingly having invoked or dabbled in some voodoo rites or rituals. A quite psychedelic offering with a mix of tender and hard guitar flavourings, a delightful touch allowing the warm vocals a platform to shine. A song inspired by Frank Miller’s comic book “Sin City” follows with `Marv and Goldie` I have never read this tome but a quick search reveals that they are characters in the novel, Marv a tough guy and Goldie a type of femme fatale. The song is a sort of dirty sleazy blues.

`Blue Morning Skies` is a laid back, old style blues piece alluding to how being the object of desire, from a member of the opposite sex can improve one`s own feeling of self-esteem.

We have a cover of Willie Baker’s `Sweet Petunia` a song from the 1920`s and this faithful interpretation gives you a feel of this pioneering traditional blues number.

The album is wrapped up with `Kathrina` a ballad dedicated to Katrina Van Tassel, a central character of “The Legend of Sleepy Hallow”, a gothic story by Washington Irving. The song opens with finger clicks and a strummed acoustic guitar and Bonny Jack`s languid vocal delivery giving it an overall eerie chilling feeling, worthy of the tale. There are some interesting tambourine rattling and some sweet female harmonies towards the later part.

This is a cracker of an album with a guy who can certainly play guitar and has a voice that was not unlike Jim Morrison at times but with a slight Italian accented twang which I have to say I thought added to the presentation. Bonny Jack is a one-man sonic blues machine. Al Green said `Take Me To The River` maybe that should be changed to `Take Me To Bone River