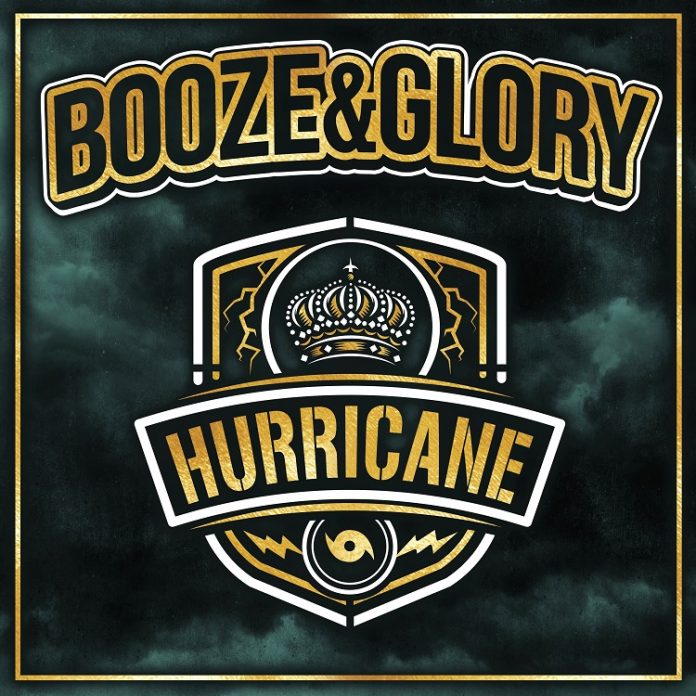 On the press pack that came with “Hurricane”, there was a paragraph that struck me. “. Always an international band, with past and present members hailing from Poland, Italy, Spain, France, England, Ireland, Sweden and Greece” it said. “And the current line-up all possessing migrant blood.”

View that in the context of the current political climate in the UK, where Leave.Eu can put out the most vile racist, social media and Boris Johnson’s pro-Brexit propaganda being pumped into schools without the permission of parents, and is it any wonder that punk rock has found its voice again, louder, prouder and more strident than for years?

This isn’t a protest record – in fact if you had to sum this up in one word then “happy” would be about the size of it, but “Hurricane” is most definitely rooted in the 1970s scene. In fact, more appropriately, the 70s “Oi” scene.

Whatever the journey has been to get to this point, wherever the band members are from, the heart of this is London. “Three Points” for example is a homage to West Ham United, but as I’ve seen my lot beat them at Upton Park and draw twice at the new place (sadly, we are no longer in the same league…..) I’ll let Mark have it and “The Guvnor” is a homage to gangster Lenny McLean, to name just two that overtly wear their influences on their sleeves.

Those, and the rest of it, though, just sound glad to be here. If album number four “Chapter IV” from a couple of years ago dealt with Mark’s struggle with cancer, then “Hurricane” sounds like it wants to grab the lease of life by the scruff of the neck.

“Never Again” sounds like the last gang in town.  Ready for a scrap. “It’s never too late to change the story in life” is a key line though, it suggests you embrace change and embrace it now.

“Ticking Bombs” boasts a mighty bass groove, huge, but it is “10 Years” that best sums this up. Forming the band in 2009, Mark looks back on his career with both wonderment and pride. “Hey brothers, hey sisters, our family is getting strong”, he offers, and there is just a touch of the Dropkicks here.

“Live It Up” goes by in a blur, and you’d best believe that this is going to sound incredible when they play it live, and the suggestion that this is a slightly more nuanced attack than you might expect is shown by a couple of things – not least the piano led title track.

“My Heart Is Burning”, with its strident lead guitar line is more like you’d imagine would be here, and  “Goodbye” is best described, maybe, as a punk rock take on rock n roll. Dealing with life on the road, and its cost: “this is what I want to do, but it might not be the best choice for you……” but it maintains its cheery, “it is what it is”, type demeanour throughout.

“Darkest Nights” pretty proudly rouses the rabble to the cause, but the thought that B & G will do things on their own terms is shown, best perhaps, by “Too Soon”. Heartfelt and reflective, it is also over six minutes long. Conventional? Nah that’s boring mate?

A cover of Elton John’s “I’m Still Standing” – not a bad one as it goes – exemplifies, perhaps, the anything goes in the melting pot approach, but in many ways, this is one of those records where it doesn’t matter whether anyone likes it or not – because the band do. There’s a line on “10 Years”, and it’s this: “and now my dreams are coming true….my glass is still half full.”

Viewed in that context, then no one has any right to tell Booze And Glory anything about their music. “Hurricane”, however, is quite a stormer.