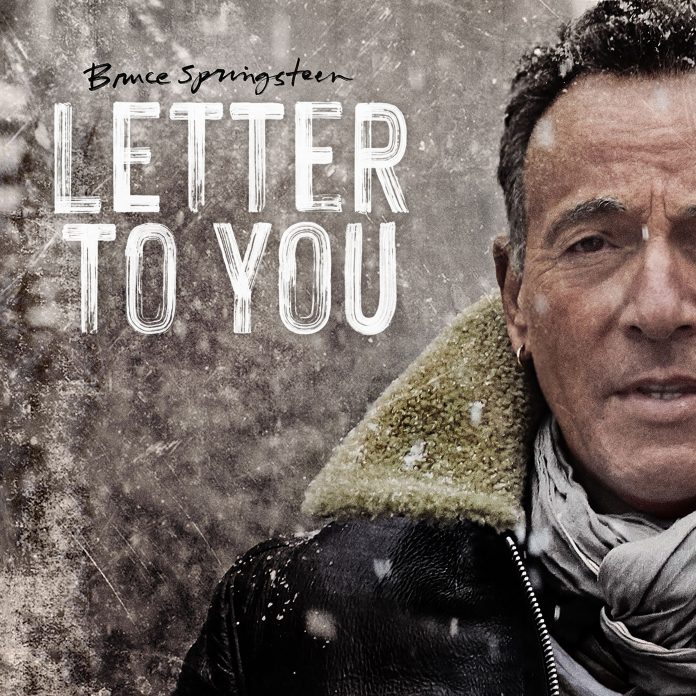 On last year’s “Western Stars” – Bruce Springsteen’s best album in a long time – he set about telling the stories of the forgotten. The sidemen, the peripheral characters.

Barely 16 months later, he’s back, with something altogether different. Something that not only is a big, bombastic, offering from the E St. Band, (that’s the heart-stopping, pants-dropping, hard-rocking, booty-shaking, love-making, earth-quaking, Viagra-taking, justifying, death-defying, legendary E Street Band, for clarity) it is also deeply personal – yet in the style of all his best work, totally universal.

About halfway through comes “Last Man Standing”. The news that former bandmate George Theiss had died of cancer, meant that Springsteen was the last one of The Castiles left. It’s a responsibility that he evidently takes seriously, given that it’s “The River” era type sound is topped off with Sax solo from Jake Clemons.

Grief and loss seems to inform “Letter To You” literally from the beginning. “One Minute You’re Here” is the kind of fragile, claustrophobic, understated thing that he often starts records with, as his half spoken vocals add to the feel. In common with many of them it is tempting to reach back to the past for comparison. If we are going to, then think “Devils And Dust” era.

It gives way to the title track and that’s got what we might call the archetypal E St Sound. Low slung lead guitar and Roy Bittan’s piano is brilliant – as it is throughout. This is what, frankly, you want from an “E St Band” album, as opposed to a “Bruce solo” one. The OTT feeling, the suggestion that everyone here is larger than life touching heights you can’t. In a nutshell, you want songs that would sound ace in stadiums. Not in hushed theatres. And there’s loads of them here.

Not least of which is “Burning Train”, which could reasonably have been on “Magic” or something. The drums of Max Weinberg pound. It only could have been made by this group of people, that’s for sure.

Much of the initial interest in “…You” was centred on three songs that were dusted off from the 70s. Now, we all know someone who has about 17 bootlegs of each, but for the rest of us, hearing them for the first time, its like a mixing of generations.

“Janey Needs A Shooter” could have been on “Darkness On The Edge Of Town” but it is very much this band in 2020 playing it. The effect of that is interesting.

In interviews, Springsteen himself has spoken of it being fun to go back over these old songs and see how “wild” the songwriting was – and its fair to say that two of these tracks that originate from the last millennium are perhaps the best things on this 21st century album.

“Song for Orphans” is reminiscent of Bob Dylan in its use of imagery and poetic flourishes, while the epic, slow building “If I Was The Priest” is as good as anything he’s released in 20 odd years. A brilliant song, it shows the chemistry between these people is like no other. There’s just an unspoken synergy between them. And when it works in this unison, it remains the best sound in rock n roll.

All of which makes the lightweight “Power Of Prayer” even more incongruous. Like something that they found at the back of the studio from the “Tunnel Of Love” sessions, its one of a few that stop this album being the all time classic that many want to proclaim it as.

“House Of A Thousand Guitars” is interesting for the fact that it doesn’t have a massive amount of guitar on it at all, building instead around a lovely piano riff. There is no mistaking though, that this is about the redemptive powers of rock n roll, of this music and of this band.

Releasing as it is about a fortnight before the election in the US, it was tempting to imagine this would be overtly political. It isn’t, but there is no mistaking though, that the fabulous “Rainmaker” is an excoriation of Trump – if not, crucially, the people who voted for him –  “close your eyes and go to sleep now. I’m in a burnin’ field unloadin’ buckshot into low clouds,” is as vicious a put down of 2020’s politics as any anywhere.

“Ghosts” (basically “Radio Nowhere” re-written) is one of a few that leave you dreaming of seeing the band live again. Riotous, raw and yet uplifting it is something that encapsulates what this band is all about. Whoever you are singing about when the line: “Still set on 10 to burn this house down. Count the band in then kick into overdrive. By the end of the set we leave no one alive.” Then they are right with you.

The whole record was recorded in four days, almost live and the last one “I’ll See You In My Dreams” was apparently recorded live, it crackles with more energy, certainly, than it might, and it is best described as deceptively good perhaps.

The same goes for “Letter To You”. Whoever opens it, as it were, is in for a journey and something of a treat in the main, and in common with many of the best records, it reveals more of itself with each listen.

It is Springsteen’s 20th studio album in an almost 50 year career. Where it stands in the pantheon, history will judge, what I’ll say for certain though, is that it is incredible how fresh it all sounds, Maybe the ghosts of rock n roll are the elixir for eternal youth.