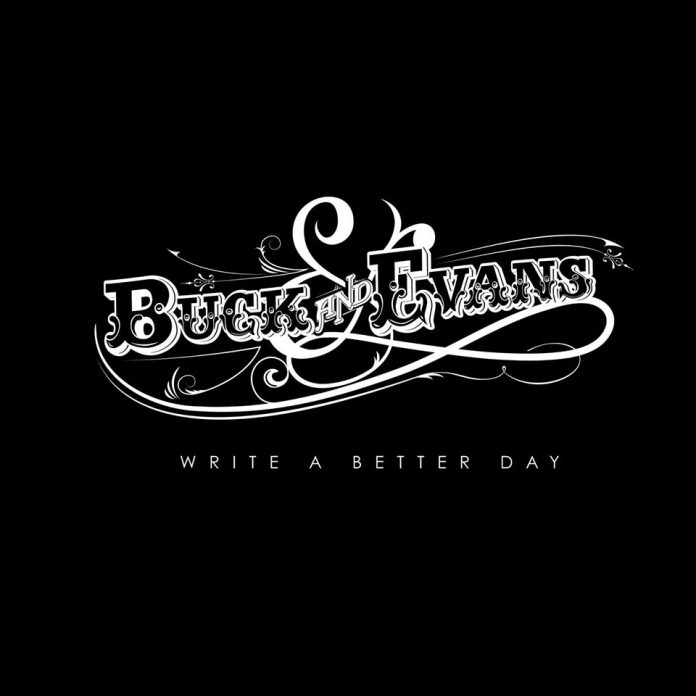 “We never set out to write a debut album” – Chris Buck is telling more truth here than most bands do when they say these types of things.

Buck And Evans, you see, weren’t even supposed to be a band. Rather Sally Ann Evans and Buck (who I first saw on stage with Slash in Birmingham a few years ago, and has since gone on to be voted the 15th best blues guitarist in the world) were hastily put together for a gig in London.

How soon into that show it became obvious they had something, I don’t know, but it must have. It does, when you watch Chris, Sally Ann, drummer Bob Richards and bass player Dominic Hill. I have seen them just the once, but I concluded this: “After two hours in their company here it is impossible not to be convinced that it is a case of when not if [the] breakthrough comes.”

That night, they’d played two sets, acoustic and a full band one, and the lush sound they create lends itself to that. For one thing Evans’ piano is as important to the band as her wonderful voice and Buck’s guitar. “Slow Train” has elements of blues, soul, and there seems too, to be a deep-rooted sadness here, as if writing the thing was cathartic.

There is something else, though, and “Change” is a good example of that. There are times when it all seems deliberately understated, a feeling maybe that it could cut loose, but instead it holds itself back and this restraint, if you like gives a different dynamic than you might have expected.

It comes, I would suggest, from a confidence. A confidence that sees them know they are wonderful musicians, so they don’t have to prove it. “Sunrise” has some power chords in its chorus, but a coolness, an aloof quality at the same time.

“Sinking” feels like a centrepiece. A lengthy track, it seems to take its cue from the first line: “sometimes, floating down the river, with my best friend at my side” and this gentle, lets see where this goes feel, seems a decent metaphor for the whole record, and the way this one builds – you just instinctively know that they all enjoyed it.

“Common Ground” has a kind of folky air, one that brings to mind Mark Knopfler to me and the way the guitar subtly announces itself is a joy. “Back To Yesterday” pulses with an urgency, but again, Evans sings “I am going anywhere” as if nothing was fixed here.

“Fix You” – in common with many of them – has lyrics that are open to interpretation, but whatever you decide it means to you, you’ll lose yourself in the harmony anyway and “Trail Of Tears” (from where the album gets its title) is the type of thing you can imagine Sari Schorr doing, slightly bluesy, wonderfully well played and brilliantly sang.

When I saw them a couple of years ago, they played “Ain’t No Moonlight” twice and even here, it is the standout moment, the one where you go “yep, they’ve nailed it…” and it’s a slightly strange (although entirely welcome) facet of the album that the “deep cuts” as it were, are in many cases better than the early numbers, and “Going Home” wouldn’t be out of place on a King King record. As rock as this gets, it is followed by “One Four” – billed as a bonus track – it has a different feel as it is  built around a huge bass groove.

There was an interview with Chris Buck recently where he said something to the effect of “the great thing about a debut record is you don’t know what you are”. There is a feeling here on “Write A Better Day” that Buck And Evans are still deciding, but whatever direction they choose is going to be first special, but second, the right one, that much is certain.