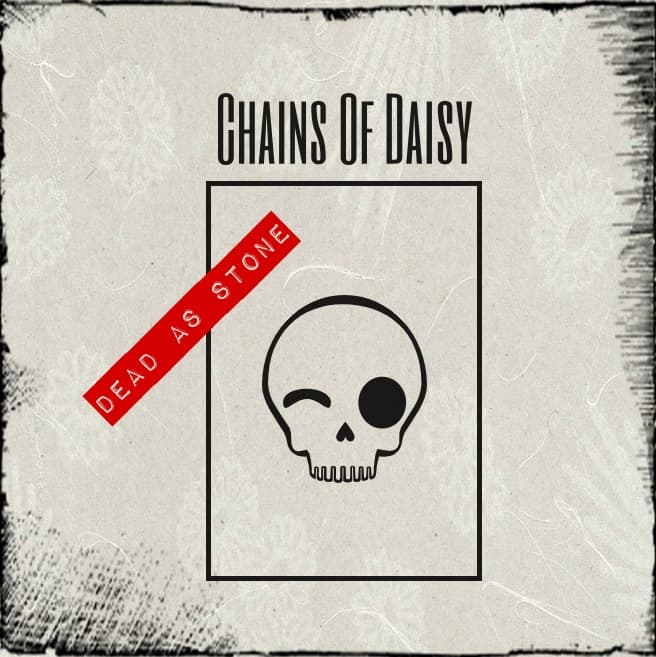 Chains Of Daisy have done things the way modern rock bands do them. Planet Rock’s New Rock Show have played them, their biography says, Classic Rock had them on a Song Of The Week poll. That’s the way of the world in 2019 and fair play to them for both.

One listen to the lead track here, “Dead As Stone” though, had me getting all misty eyed about the time in the late 80s I heard The Quireboys for the first time, which led me to Black Crowes, and then crucially Dogs D’Amour.

Of course our parents told us they all sounded like The Faces or The Stones, but we didn’t care – and on the evidence of these four superb songs then the desire to write stuff like this still burns just as bright.

“….Stone” here, recalls those brilliantly loose limbed Izzy Stradlin solo records he made after leaving GnR, but the vibe switches for “Farewell Winter Blues”, which has the gentle air of something off “Exile On Main St”.

Mention of Dogs D’Amour above (and lets be honest, in five years of reviews on this site I have never missed an opportunity to get them in) comes from the fact that the very first acoustic record I can remember hearing was their “Graveyard Of Empty Bottles” collection. “Never Walk Alone” (thankfully not some football chant involving a load of pretend Scousers) would have fitted right in on that one – as Mike Blackhart, the bands singer and de facto leader cuts loose on the vocals.

Blackhart is joined here by Aristeidis Makaronas and Carlos Oliveira (there is no full time drummer listed on the info they sent) and there is a palpable sense of fun on “Morning Sun” which is somewhere between Sun Studios and Stray Cats, which  merrily sets abut distilling rock n roll to its most basic in just over two minutes.

“Dead As Stone” is just a quarter of an hour long, and as such, it is too soon to burden a new band like Chains Of Daisy with any huge expectations. What we can say though, is that is a confident beginning that proudly wears its influences on the patch filled sleeve of its denim jacket.