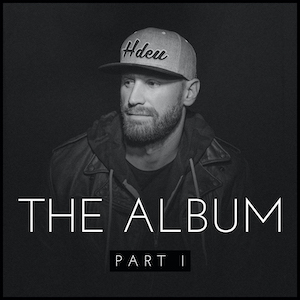 Chase Rice is absolutely certain about it: “I chose to call this The Album because it’s the first thing I would encourage someone to listen to if they want to know who I am as an artist.”

And over the 22 minutes and seven songs it contains, it’s hard to disagree.

The numbers surrounding Rice’s career are staggering. The fifth most played Country song of 2019, 1.1 billion streams – oh and in an age where we are told “no one buys records anymore”, he’s cheerfully sold over a million of the things.

This is why. And it’s basically the same reason that anyone, from any genre does it. He writes songs that are relatable. The ones where people can either see their own lives in, or the lives they aspire to. Either one is good,

“American Nights” , the lead song here is essentially the blueprint for the rest too. Overtly pop – and there’s nothing wrong with that – but cleverer than that suggests and with an original turn of phrase (“parents’ house, Tuscon, Arizona”, what do you expect from a High School Diploma?”) it is the sound of blue collar everywhere.

And the reason that you can’t say this is just an American phenomenon is simple: I saw him the other week in England. Every single show had sold out. I’ll wager that it is to do with the selling of the lives we think that they have over there in the small towns, of Friday Night Lights and so forth.

“Lonely If You Are” – the current single – is proudly middle of the road, it aspires to be nothing else than the slow dance at the prom, the one where the boy is dreaming about the girl he wants, while “Everywhere” takes care of the break-up song too.

Rice’s delivery in the studio is totally different to that of his live shows. Half spoken and less rock, but that’s cool, because he’s clearly a talented man, with plenty to say. The one he played last week ”Best Night Ever” oddly is the proof of that in many ways. Because he delivered that with his acoustic, solo– and like all the best songs, it translated to that format too.

“Messy” is very much for the Tommy’s and Gina’s of 2020, but it’s got acoustic tinged mega-hit all over it. Gold Disc’s are given out for things like this, and to continue the Bon Jovi motif then, “In The Car” is almost “Never Say Goodbye” too.

Chase Rice has the midas touch. I don’t know whether “Forever To Go” is based on real life, or plucked out of the air (he doesn’t co-write this one) but crikey he can deliver it.

Part two will be out later this year, by which time it’ll be pointless trying to catch Chase, because he’s swinging for the big leagues. This is his album, no doubt.