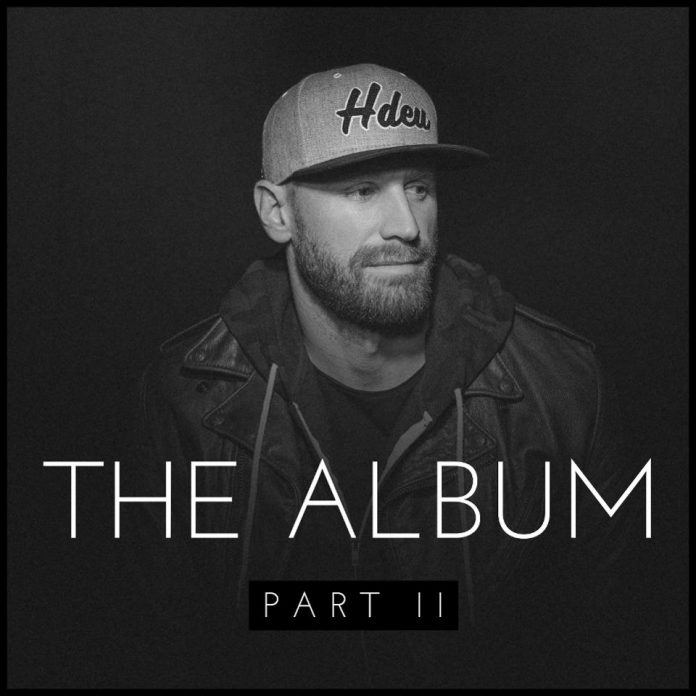 The second of these four tracks, “Break Up. Drunk” seems to me, to be the best place to start with “The Album – Part II”. It starts with Chase Rice strumming the thing on his acoustic guitar and playing the chorus in the studio.

19 seconds later, its turned into the most polished country pop that you will hear anywhere in the world in 2020.

That’s what Rice does. He could – if he wanted – be a weather worn road dog, Americana singer songwriter, with his beaten acoustic in his guitar case and a song in his blood (he probably is that too). What he wants to be, though, is a mega star.

He’s well on the way, and this quartet of tunes merely underlines that.

Part One of this (surprise released at the end of January) merrily gatecrashed the top ten the US and his concerts sold out over here too (I was at one and he was superb), and there’s every reason to suppose that he’s going to do that again here.

“You” is a case in point. Whether they still have proms in these days of social distancing, I dunno, but kids all over the U S in the Midwest, in the southern towns that flow through the veins here, have their song.

It’s country pop that’s heavy on the pop, but that’s cool. You can’t argue he’s fabulous at it, “….Drunk” manages to be uplifting, despite its subject, primarily because its catchy as hell.

The best – ironically considering Rice is a songwriter of some skill – is “Down Home Runs Deep”, the only one he doesn’t have a hand in. It sells the dream of America, not just to Americans but to the rest of us, too. That’s why this music transcends boundaries. Kids like me that grew up in the 80s with Dukes Of Hazard on UK TV still want to hear that “you can’t take the good out of the good ol’ boy” and that’s what the first line here does. Add to that the thought that “that you can’t outrun what you’re raised up on” applies just as much whether you were born in Staffordshire or Ormond Beach, Florida.

“Belong” reassures you that the worlds still spinning, the darkest hour is before the dawn, or as he puts it: “one second you’re starved, the next you’re a star” -and maybe we could all do with a dream.

Chase Rice is the sort of artist with universal appeal. His songs just have the ability to cross over, and to connect. That’s how you sell arenas. He’s never going to be cutting edge, but somehow that just suits him perfectly. He’s the every man, the boy next door done good.

“The Album” part’s one and two, is very much his statement.