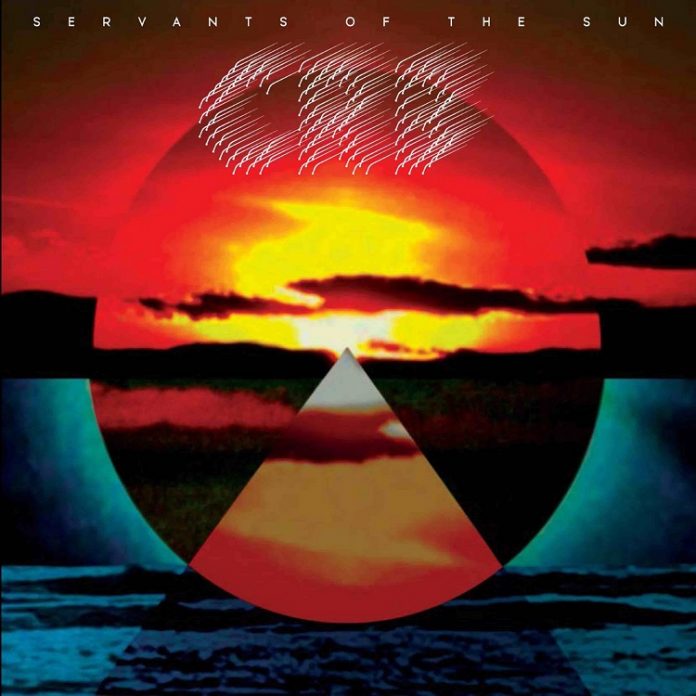 When this album came, I set myself a challenge. “Don’t mention the Black Crowes” was going to be my mantra.

This wasn’t out of any desire to be clever, or a homage to a terrible Fawlty Towers joke. Yes, Crowes opened my mind to a whole heap of (what I thought were) new sounds back in 1989, and that has given me a lifelong love of The Stones, The Faces and goodness knows how many more, but for Robinson, that’s the past. Chris Robinson has moved on, and I kinda thought I should too.

Given, obviously, that I mentioned the band in the top line, I failed, but deliberately so.

See, “Servants Of The Sun” is Chris Robinson Brotherhood’s most straight ahead record since their debut and consequently not mentioning his history, would be crass on one level and downright stupid on another.

That’s not to say he’s shaking his moneymaker, and indeed any remedy here is found in prog, because the opener “Some Earthy Delights” might well be delightful – it is – but it is delightful like some Genesis song from the Gabriel era. But then, well then, there’s that voice, which for all the keyboard riffing, you can’t ignore. Neither should you, either. Robinson is the best. He always was, he always will be.

He wraps himself around some mighty magnificent songs here too. The funky “Let It Fall” has a touch of Little Steven about it, before going down some country roads with its slide, but it is noticeable here, and on most of the others too, there is a catchiness that perhaps hasn’t always been there on CRB’s collections.

On “Rare Birds”, which struts, but on its own terms, he sings that “one thing I know for certain is you’ve got to be free” and you sort of think that he’s not just speaking about this track, but himself – and certainly this record – in general.

“Venus In Chrome” is almost like a mash-up, a recap if you like, of all the ideas in the first half of the album. A bit prog, a bit trippy, there’s a call and response bit in the first verse where he sings “the philosopher is stoned,” only for the backing vocals to retort: “he’s not alone!” But for all that, when the chorus hits, you remember it.

A tremendous and tremendously warm sounding collection, “The Stars Fell On California” is a simply gorgeous southern rock ballad, and although you’ve heard countless songs like “Come’n Round The Mountain” then CRB manage to always find an angle, an interesting way of putting it.

The best thing here, for my money anyway, is the wonderful laid back country-flavoured “The Chauffeurs Daughter”, a love song, but wrapped around a clever lyrics and a tune that Gov’t Mule would kill for.

“Tune” is apt too, given that this has so many of them and largely ditches the experimentation. Although there is some wonderful imagery in the words of “Dice Game” that evokes all kinds of thoughts.

“Servants Of The Sun” ends in a way that almost brings us back full circle. “A Smiling Epitaph” is shot through with prog, that said it also has a soul, a mellowness that is, well, easy like Sunday morning.

This is a rock n roll record, and there haven’t been many CRB records you could class as that. It does things in its own way – his way, lets not pretend otherwise – but it is probably the best thing that they’ve done, and it is shot through with the sunlight that its name suggests.