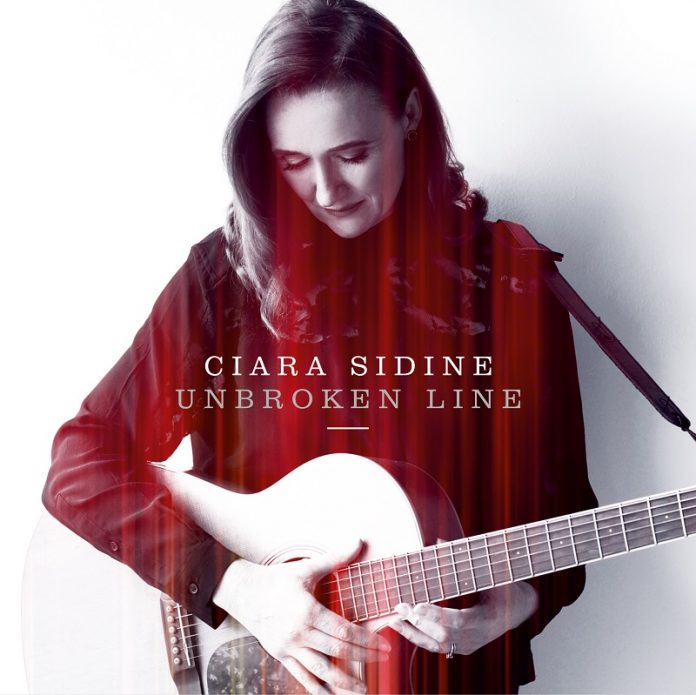 On Radio 4, around the time of Bob Dylan receiving his Nobel Prize for Literature, an academic got himself particularly vexed that song lyrics were not poetry.

Consider the opening lines from Ciara Sidine’s new album for a second: “There’s a valley of stone,” she sings on the beautiful “Finest Flower”. “Deep down in my soul, the restless place where stories roam nights when I lie awake.”

Honestly, has there been a more evocative opening to a song this year?

Ever likely Acclaimed Irish writer Joseph O’Connor – brother of singer-songwriter Sinead – was inspired to write a poem, ‘Sidine Street”, upon hearing the record.

Setting the benchmark in such a way is quite a thing to do, but to do it on your first album for five years, is even more special.

On “Unbroken Line” Sidine concerns herself with weighty matters. “…Flower” for example deals with the plight of women in Ireland’s Mother and Baby Homes and it’s not the only one with social injustice on its mind.

Musically – and this is what makes the record so interesting – Sidine isn’t like most Irish singers. Indeed, she isn’t like many other singers at all. “Woman Of Constant Sorrow” with its wonderfully mournful guitar from Conor Brady, and the organ drenched, blues infused “2 Hard 2 Get 2 Heaven” don’t sound like they are rooted in the 21st century at all. Instead, there is a timeless quality about both that owes a huge debt to the US dustbowl.

“Watching The Night” is cracked and world weary and is the type of jazz that you can imagine being played in a seedy bar at 2am, but she is able to follow this up with the fire and brimstone gospel of “Wooden Bridge” is if to exemplify the incredible flexibility that this collection displays.

“River Road” is beautiful country, and there is a mellow warmth about “Take Me With You”, together with an accessibility about the 12 songs here that leads the listener to feel they are entirely familiar almost instantaneously.

Equality is a subject that is never too far away, but it is right to the fore on “Lemme Drive Your Train”, while a woman’s right to do what she wants with her body is what drives the almost primal instincts on “Trouble Come Find Me”. When Sidine suggests on it that “I have a fire in my belly, it’s been there since I was a little girl” it seems to sum up the whole album.

Put simply, songs like the title track don’t get written by the demur, and there is a touch of MV favourite Hannah Aldridge about the defiance here.

There is a soulful heart to “Let The Rain Fall” which deals with the scandal of the church and it’s crimes against children in a restrained yet resolute way – and it is a measure of the quality of the songwriting on show that it works on just about any level you choose.

“Unbroken Line” ends with one of the simplest things here. A gorgeous acoustic strum in the shape of “Little Bird Song” full of intricate harmony vocals, it has hints of The Be Good Tanyas, and it gives the record yet another strand.

It is to the immense credit of Ciara Sidine and her fine songwriting that despite the twists, it is such a coherent and compelling album. Unbowed, defiantly unbroken and most certainly not ready to meekly stand in line.