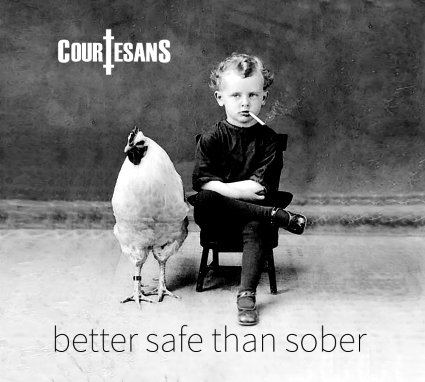 Bernard runs the rule over this five tracker

This all girl band from London released their first album, ‘1917’ to much acclaim and a Pledge music campaign has now delivered this new EP. The press release describes them as Doom Pop but I don’t think there is much pop about it at all. This is rock music pure and simple. Opening track and new single ‘Mesmerise’ is very commercial whilst making plenty of noise at the same time. Track 2 ‘Feel The Same’ has spoken word verses which don’t quite work for me but the Garbage-esque chorus do, they are great. ‘John Doe’ is a bit slower and quieter before ‘Knowhere’ kicks in – it’s up-tempo and is almost a bit ‘grungy’ in a Soundgarden kind of way and is probably my favourite here. Closing track ‘The Tide’ is pretty similar to ‘Feel The Same’, with spoken verses and a heavier sung chorus – it’s not as good for my money but I’m sure others will disagree.

So there we have it. A five track EP which will appeal to their existing fans and given a fair wind and some live shows, may well find them some new ones. On that point, Courtesans will be touring the UK over the coming months, so check them out.