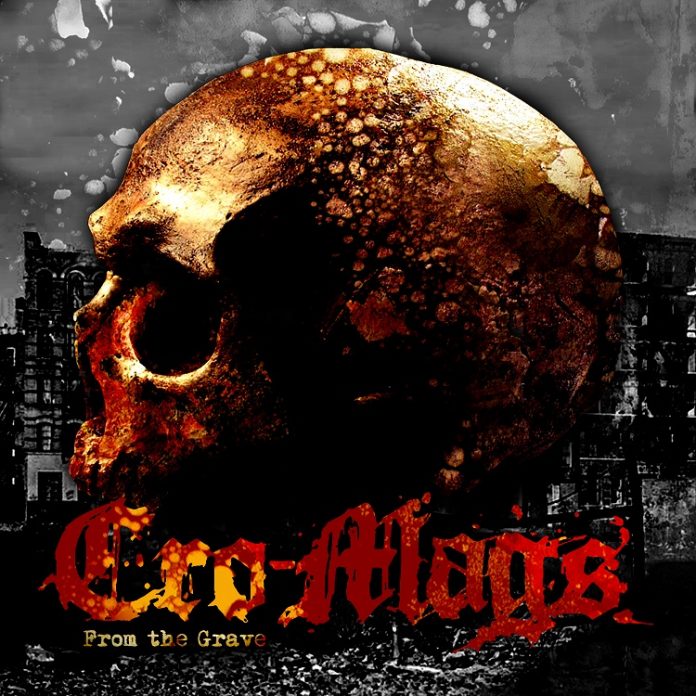 Since winning the lawsuit that saw him gain legal control of the Cro-Mags name (seriously, have a read online, this review isn’t the place for it), you can’t accuse Harley Flanagan of not making up for lost time.

“From The Grave” is the follow up to “Don’t Give In” – which in itself was the first new CM music for 20 years.

“…. Grave” continues the same path too. Moving the band slightly further away from their Hardcore Roots than ever before, the title track maintains a punk edge, but the slide guitar….well that’s pure classic rock.

I probably should mention at this point that those licks are being played by Phil Campbell, which makes them very cool indeed, and when you add the lyrics, including this charming couplet: “In times of peace, prepare for war, sometimes life is a dirty whore” delivered by Flanagan (who has taken back over lead vocal duties) as if he was gargling gravel, it makes a potent mix.

PTSD is more moshpit ready. Agnostic Front, Terror, Sick of it All, they all spring to mind here, but all the while with the air of some of Corrosion Of Conformity’s earlier stuff. And the words as much as the sound, is one of angry refection. The last line here: “I know I can’t undo the thing I have done, at least now I know I have a conscience” seems to indicate a change in mood.

Indeed, the last one, a six and a half minute long instrumental called “Between Wars” possibly indicates not just a change of outlook, but an experimentation.

The delight that Harley Flanagan has for making music again shines through here, and even if this wasn’t such a superb thing, there’s a moment where he says “come on Phil!” as Campbell plays the opener here, that makes clear the sheer joy here.