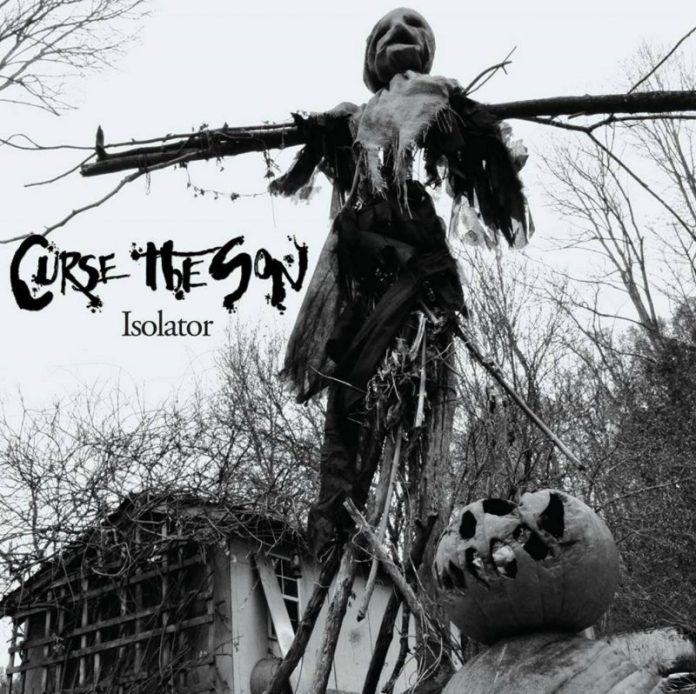 Stellar 2016 release gets a proper chance

In recent times, as well as being one of the best at uncovering great riff based bands, LA label Ripple Music has shown themselves to be one of the finest at giving superb records the light of day on a worldwide scale.

This is another of those re-released affairs. “Isolator” the third – and best – album from Connecticut based three piece Curse The Son, was originally stuck out last year, but was far too good to remain in the hands of just their home state fans (until recently, they’d never played outside of Connecticut).

Seven tracks of monstrously heavy doom. Fitting indeed for a band that claims they are “the sound of dinosaurs walking the earth”, but that doesn’t tell the story.

The clues are there in the title cut which kicks things off here. A massive bass groove from Brendan Keefe, a bigger riff from the bands driving force Ron Vanacore and a couple of minutes to bang your head. You know what’s coming. Except you don’t. Halfway through it all stops – admittedly so it can get heavier after the break – but that does betray a desire to blur the boundaries, which is present throughout.

There are hints of the Seattle sound elsewhere too, whether it’s the Soundgarden-isms of “Callous Unemotional Traits”, where Vanacore channels something of Chris Cornell’s early primal roar, or the Alice In Chains type harmonies of “Sleepwalker Wakes.”

Whatever it does, however, and wherever this goes, it does things in a rumbling heavy way. “Hull Crush Depth” is built around bass and drums, while “Gaslighter” boasts a groove so thick, it is akin to wading through molasses.

CTS have a gift for writing music that sounds a little unsettling. “Aislaminto” seems to hide something dark lurking beneath its surface and just waiting to be uncovered, likewise “Side Effects May Include….” Is happy to crush everything that comes into its path for nearly seven minutes – before returning to salt the earth just for kicks.

A cult name to drop over the last few years since their 2011 debut took you into the mind of an “accidental” addict, the time is coming for Curse The Son” to make a step up. This third record may well help them do that.

No longer must they live in splendid isolation, because “Isolator” is splendid.