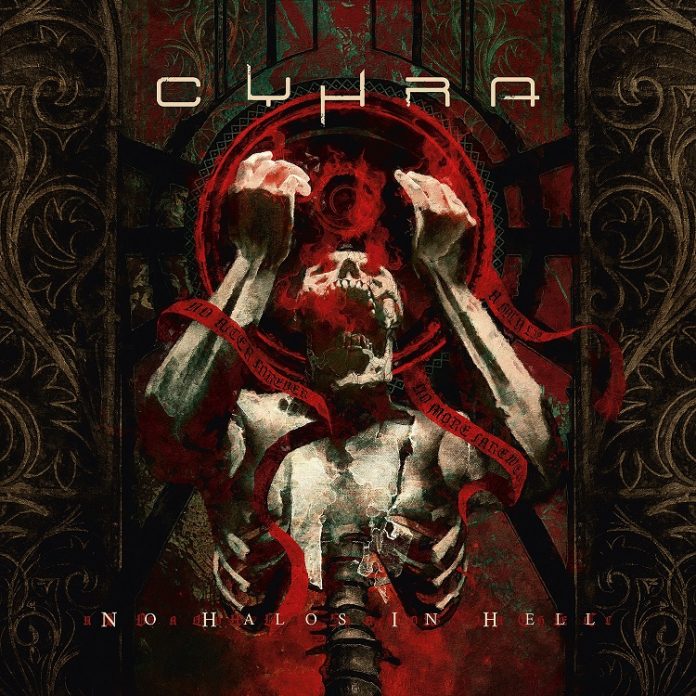 In the best traditions of TV, I’ll protect the anonymity of all involved.

But the other week I went to a Power Metal gig. Three bands. The place was rammed.

I was in the disabled section, to the side of the stage, at the end of the show a fella let me out of the back door into the street to save me going up the stairs. “I hate power metal” he said, by way of a goodbye.

The chap was the promoter of the gig.

Nothing, really, I reckon shows what those type of bands are up against better than that. Those who get it, get it big time. The rest of the world, they can come back later.

The electro pulse at the start of “Out Of My Life” has something of In Flames, but by the chorus and first riff would make Battle Beast blush. Then there’s a breakdown bit before the second verse that is as pure metal as you like.

That’s what Cyhra do – and they do it better than anyone else.

The title track, as much as it defies comparison, is clearly one thing: arena ready. This is huge and – I’ll say it now rather than waiting for a conclusion – this is an enormous leap forward from the debut a couple of years ago.

There’s little doubt too, about the centrepiece of this. “Battle From Within” is deeply personal. How you deal with the suicide of your brother, I honestly couldn’t tell you, the lyrics here do that. If there is something enigmatic about the rest of them, then be in no doubt, this isn’t. But it is still a brilliant and hook laden rock song. It is incredible how this has been done, to be honest.

Modern, yet classic sounding, “I Am The One” features a supreme solo, and if the name “Europe” kept coming into my head while it played, then you’d best believe that is a compliment.

As a whole the album retains an unashamed hard rock element amidst the bombast and big sounds. “Bye Bye Forever” basically insists that you get your fists up high, but still crunches, “Dreams Gone Wrong” initially sounds like it is going to do balladry, but is a real groover instead, all of which means that when the piano led “Lost In Time” does come in, it has more effect. Part Elton John and part Eurovision entry, it is exactly the widescreen thing you imagined they’d do, but where other bands would take about 10 minutes, then Cyhra wrap it all up in four and a half. Don’t bore us, get to the chorus is always the maxim they work off.

“Kings Tonight” is totally comfortable in its own skin. A kind of mission statement, if you will, it is as heavy as anything here, and if “I Had Your Back” sounds a touch like it should be on a film score to start with, then 45 seconds later it is doing a soaring chorus, reminiscent of Bon Jovi circa 1986.

“Blood Brothers” (I was hoping for a Maiden cover) casts them as a kind of invading army, and the rumble here is deathly and the last one, almost brings us back full circle. That is to say “Hit Me” has a riff like In Flames do.

Now, there’s a reason for that.  Jesper Strömblad ex of In Flames formed the band with Jake E, former singer in Aramanthe, along the way they acquired lead guitarist Euge Valovirta from Shining and drummer Alex Landenburg from Kamelot. There’s also a reason I never mentioned any names until now and it is quite simple: They don’t need defining by what they did previously, just praising for what they do now.

And on “No Halos In Hell” they have morphed into something that’s entirely themselves.