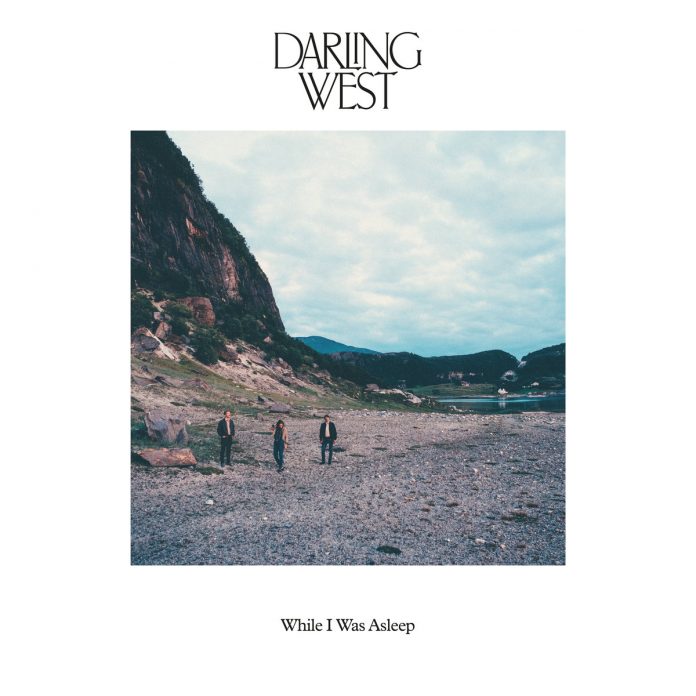 Wake up to something beautiful

If you are looking for symbolism to find the key to “While I Was Asleep” – the third album from Darling West – then try this. Most of the 10 songs it contains were written in Brooklyn, before being finished in the Norwegian Mountains.

The latter part of this is important because DW are a Norwegian trio, but the former part of that sentence is writ large in their soul, because while there might be the odd bit of Euro folk here, the bands heart beats with a longing for the US.

Actually, the opener “After My Time” captures their essence rather neatly. The harmonica lick at the start, the banjo work, it might scream “dustbowl Americana” but there is an in-built sweetness here that few could match. Singer Mari Sandvær Kreken has a gorgeous voice, but the way in which Tor Egil Kreken & Kjetil Steensnæs are able to harmonise makes them remarkable.

The fingerpicking on “Rollin’ On” is coupled with a deep-rooted sadness to make it really special, while “Loneliness” has an aching in the lyrics which is at odds with the pop edge to the sound.

The thing about that pop sensibility, though, is that it never sounds forced or false. If Shooter Jennings took the country fakers to task on his classic “Outlaw You”(“You say you’re an outlaw with your perfect boots/That you got from your record label’s image group” he sneered at one point) then you most certainly can’t level that at Darling West. So yes, while the likes of “Better Than Gold” might be looking for the top 40, that’s because it’s the way the band thinks rather than any pre-planning.

Indeed, for every one of the poppy ones, there is something like the folky “Always Around” that could have come straight off a Carrie Elkin record. The title track expands the sound still further too, and just about restrains itself from doing something really lush.

“Traveller” with its mournful Lap Steel, sounds as if its been written on the red-eye to some desolate location while on tour. Even if it wasn’t, it has no trouble capturing the heart of an itinerant hobo and the dark storylines that permeate the sugar sweet music are never better shown than on “Ballad Of An Outlaw”.

If the location of the songwriting provides a clue to the bands aims, then the last two songs make that flesh and bone. “Don’t I Know You” is a pure, summery pop song that you can imagine Stevie Nicks singing with Fleetwood Mac, while the last one, “How I Wish” is straight from the dirt roads. A stripped down, acoustic three minutes, all with those vocals to the fore. The two sides to Darling West’s compass are working perfectly here.

The press release that came with the album was keen to trumpet the fact that Darling West had three million Spotify plays. The obvious – facetious – riposte to this is: “yeah? The Daily Mail and The Sun are read by millions, what does that say about popularity?” but in fairness when it comes to Darling West, the music streamers do seem to have undergone a rare attack of good taste, because “While I Was Asleep” is marvellous.