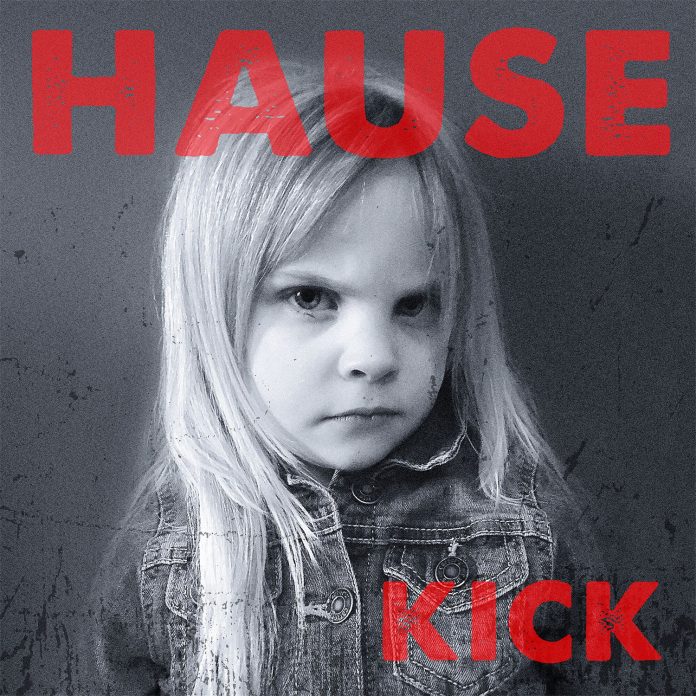 Have we ever been more divided? Has there ever been a time in history where the discourse has been so black and white. Like, in the UK, if you are not pro-Brexit, you are a “traitor”. If you are, you are a racist. There appears to be no grey area left.

Personally, as normal, I blame social media. The idea that you can hide behind a screen name and say what you like, seems to make it less personal, but whatever the reason, it is a sad state of affairs to be in.

I imagine (although living thousands of miles away I am only picking it up off the news), that the situation is worse in America, where you either want to MAGA or you are disenfranchised by the worlds biggest and most arrogant bully.

It is a question that appears to have occupied Dave Hause too. The first line of “Kick” frames it thus: “oh, what if it were all true? What if the Holy War is upon us and we’re about to find who made who? Oh what if we were all wrong? What if we shoulda learned to shoot to kill instead of learning Van Halen songs….”

That’s “Eye Aye I” for you. It asks you to question. It’s also a mighty fine rock n roll song.

Hause and I – give or take a year or two – are a similar age, and the onset of ageing is all over this. “I used to be bold,” he sings on “…I” and if you are of a certain vintage, you’ll recognise yourself in these lyrics.

Having been a fan of the Philly man for years (since I was looking for other bands from the area in the wake of my Marah based love in, in the mid 90s) I finally got to see him when he opened for Brian Fallon last year, and there is a touch of the Gaslight Anthem about “The Ditch”. Stoic working class-isms abound here too. “If I can’t get out of this ditch, I’d better make a home of it,” he sings.

“Saboteurs” casts him as an outsider, and there is a real The Who style stadium rock power chord in the chorus, and the darker chug of “Civil Lives” deals adeptly with the way we all feel at times: “how can I be so bloodthirsty,” he muses, “and kind at the same time.” There are those who have so much conflict with who they are and who they pretend to be (I might be one of them…..) and this one is for you (us?)

Hause – who makes his records with his brother Tim – has a background in punk rock, and there is an element of that in the fabulous “Weathervane”. The Replacements blue-collar punk, or – to give it a more modern reference Pkew Pkew Pkew – is all here.

A truly wonderful collection, “Kick” is able to adroitly deal with the issues of the day. “Warpaint” is  slower, more soulful, but takes on the treatment of women in the modern world superbly. “OMG” deals with the boredom of existence (“the taxi headed for the hills, my Uber driver came in a hearse”) but goodness me, it is catchy as all hell.

“Fireflies” moves back towards his more intimate moments (check the “Pray For Tuscon” EP) and the harmonica flourish is real singer/songwriter stuff. As if to balance that, “Paradise” begins with an exultant scream and there is some Hold Steady about its breakdowns.

“Bearing Down” changes the mood, wonderfully but bleakly. “Robin Williams was right, its bearing down” he sings at the end of the first chorus, and that’s a stark jolt.

But it is entirely in keeping with “Kick” – named after the first thing his new twins did, but also, perhaps, life’s struggle. It is a magnificent record of many levels, many twists, but also it is the work of one of the best singer/songwriters there is right now. Because whatever it does, it does with an eye on the song being the most important thing. So you could enjoy it as just a piece of rock n roll. To truly love it, though, you might need to be a discontented male in your early to mid 40s. Just saying.

Right back at the start there was a line that summed up his thoughts on the music industry. “I can’t tell which one I hate more,” he spits. “the arrogant, dumb, young opening bands, or the cashing in old bores.”

Thankfully he is neither. And here, Dave Hause has never sounded better.