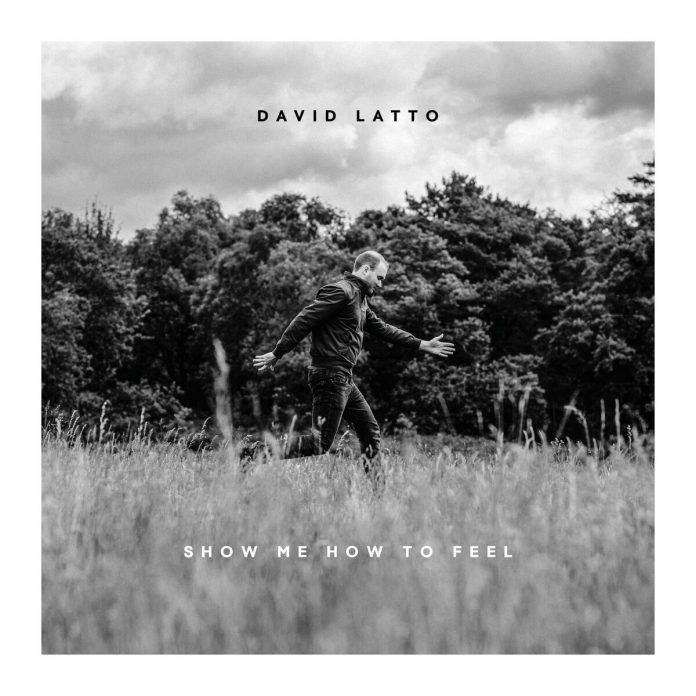 “If I don’t start talking, I am a dead man walking”.

Consider that for a minute, because at the risk of imparting some amateur psychology on proceedings, I am prepared to bet that line was in David Latto’s head a long, long time before it became an integral part of the lead song here, “Show Me How To Feel.”

Years ago, a couple of my mates had a band. Never did much beyond play the odd gig. But I wrote a couple of their songs. They were terrible – mostly one was pretty cool – and I couldn’t write a hook to save my life, but they all started with a line, a feeling.

“…..Feel”, well, feels like that too. Because David Latto was drifting. An album here, an EP there, but he was teaching, he was writing for others. He wasn’t doing what he wanted to.

Which is why I made that wager at the start. Because what he wanted to do was this. And “talking” here, I am prepared to suggest is actually “singing”, because he’d got a desire to write, to create.

And he’s very, very good at it too.

Melancholy is shot through this five track collection. A gentle, subtle way of playing, of singing, is all over not just the title track but “Blood And Whisky” as well. You know that one person who you don’t see as often as you’d like, but its easy when you do, there’s no pretence? So does Latto, “brothers in everything but name” he sings here, but its classy. Marly Smith’s backing vocals are magnificent throughout, but particularly on this one.

The guitar work on “Better Way” – perhaps the most overtly Americana thing – is superb, and the more acoustic driven “Haunt Me” is so claustrophobic that you do feel you are intruding on something private here.

Surrounding himself with some real top class musicians has elevated this, and the slow building, smoulder of “Losing You” is a fine way to end. The keys from Iain Hutchison and the lead from John Mather are from the very top draw.

Not the most immediate record I have heard this year, but once it takes hold – once you feel it, you might say – this is a real gem.