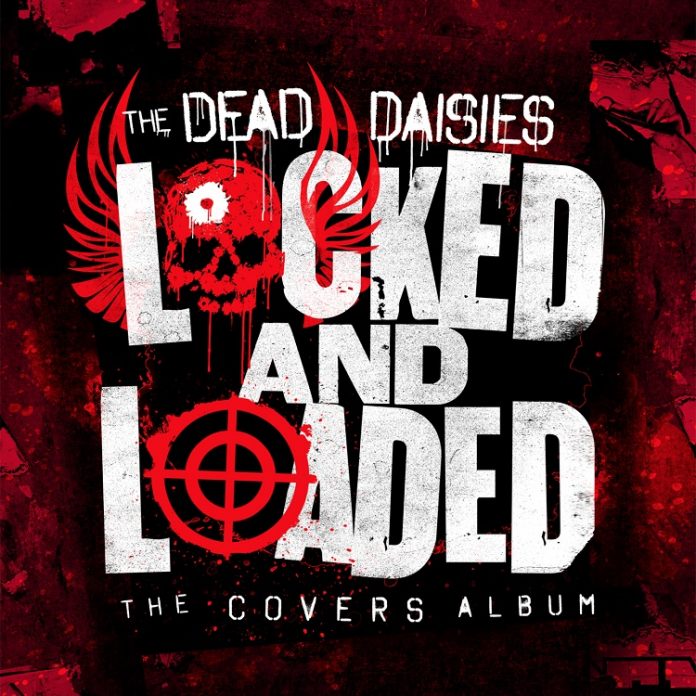 You can never accuse David Lowry of taking it easy.

The story of how Dead Daisies were formed is ace, but it can be told elsewhere in full.

Potted history, right here: Aussie billionaire gets to do what he dreams of. And you know what? Fair play to him. If I was a billionaire, I’d probably form a rock band and live out my fantasies too.

The difference is, Lowy has talent to go with his wealth and Dead Daises have quickly established themselves as being almost a band of the people.

“Locked And Loaded” – their sixth album – is on one hand, if we’re honest, inessential. A covers record. Seven studio versions and a trio of live cuts (one of which was on the live album they put out a couple of years back) and all of them, the type of Classic Rock standards that any covers band down your local would do.

Yet, on the other hand, that is exactly why “…Loaded” is superb.

It’s like this: When I saw them on stage in Birmingham last year, singer John Corabi said something to the effect of: “we’re just music fans, just like you….” And that kind of resonates throughout the whole of this record in truth. This is as a band that was formed so the leader could play the music he loved. And these covers are basically a homage to that.

Many of them, actually, have been staples of the Double D set for a while. And it is interesting to hear them in testosterone fuelled muscle flexing form here. And if there are not, really, any surprises in delivery or choice, then you bet your life you will be singing along to them – just like you are meant to.

“Midnight Moses” chugs along for example, and Doug Aldrich gets his big, thick guitar sound out. Corabi, sounds more suited to this than ever he did in Motley Crue – and they even manage to make “Evil” the blues standard, into a hard rocker that sounds righteously filthy.

“Fortunate Son” suffers – or would at least – from the fact that it already achieved perfection, but what redeems this version is that DD know that too and just do it as though it is one of their tunes, thanks all the same.  Deen J. Castronovo’s drums here are mighty.

“Join Together” is always in their set, and if I may be so bold as to say it, they are more together than the band who made it famous, at least on the basis of when I saw The Who do it recently, anyway. “Helter Skelter” (and I’ll admit I thought it was a Motley song when I was a kid and heard it on “Girls, Girls, Girls” flexes and sounds like its on steroids.

“Bitch” is heavier than The Stones – but then the point of DD isn’t to die wondering, is it? And the last of the studio things is “Revolution”, which takes the sentiments of the original and makes it just a touch more jingoistic.

The three live takes are magnificent. The cowbell on “American Band” is worth getting into on its own, “Rockin’ In The Free World”  and in many ways  if this band has an anthem it should be this – slams, and “Highway Star” is probably the archetypal classic rock sound. Here it is played by what, in fairness, might be the band who have best bottled that spirit for the modern age.

You could argue, if you so desired that they’ve played it safe with the selections here. But that would be to miss the point. Dead Daisies don’t play it safe. They play it how they want to. And that’s the difference.