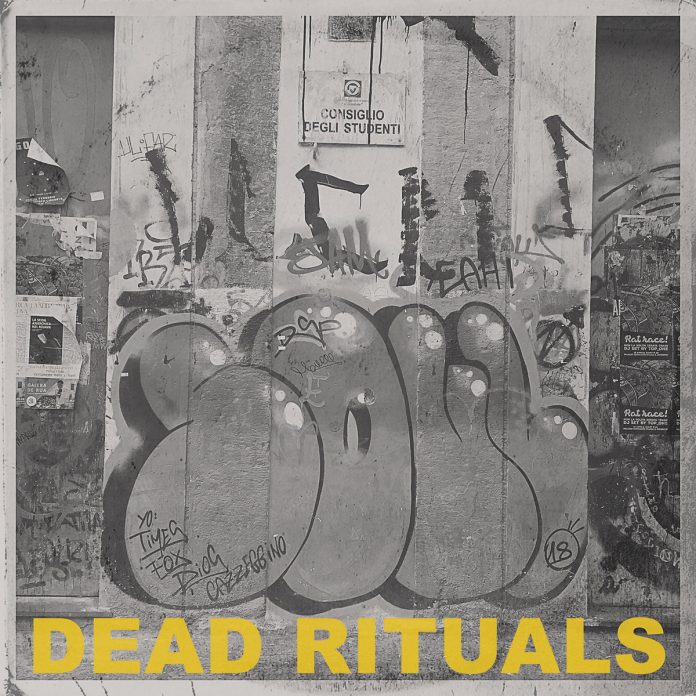 Dead Rituals is an alternative rock band founded by Andrea Caccese. He has been travelling and writing music with various bands and collaborators over the last fifteen years. This new project stems from sessions recorded in New York City, Melbourne, and Naples, amidst significant life changes.

`Run` opens this offering and it`s a really enjoyable slice of indie pop with some nice jangly guitar hooks and Andrea`s dreamy almost hypnotic vocals layered atop.  The singer has said that this track is about looking back on the hopes, dreams, and expectation of what it is like to grow up and want certain things out of your life. Did we get there? If not, can we still get there?

A song about celebrating the good sides of being with someone, but also acknowledging that any meaningful relationship has its ups and downs follows with `Closer` and it`s a pretty fast paced piece with some bouncing drums and chugging guitar splashes.

`Melbourne` is a more belligerent offering and had me in mind of The Pixies but not so heavy. Again, another mesmerising track with delicate vocals. It features the singer’s friend Francis Moon, who sang along and played some additional guitars. The song is about deceptiveness and how some things might appear perfect on the surface, but there is actually a dark side looming underneath

Closing track `Enough` has some nice echoey guitar riffs along the way as this fast-paced appealing cut progresses. Andrea has revealed that the song lyrics feature references to many specific events in his life, but at the end of the day, it is about not fitting in and struggling to find your place in the world. It might seem dark, but I think there’s some hope in this song because it’s also about the courage to pick up the pieces and move on with your life after a tough situation!

There was much to enjoy with the songs submitted on Dead Rituals’ debut EP. The lyrics are very honest and personal to the singer and the music is very captivating and enhances the whole feel of these compositions. An excellent introduction to a band that I`ll be keeping an eye on.