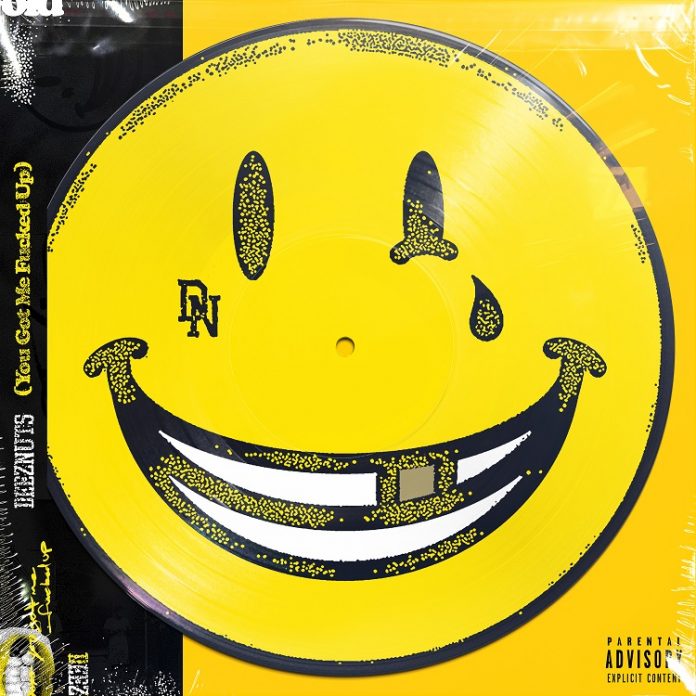 The chorus to the opening track on the lead song on “You Got Me Fucked Up” seems to sum this up, to me anyway.

Everyone will have their own interpretation of this, but here’s mine: It’s rough, tough, uncompromising, takes no prisoners. And yet is inclusive.

And if that’s not enough, then here’s the next line: “Ain’t in the business of bullshit or giving what you want…..”

For 12 years JJ Peters and the boys down under have lived by those words.

The bloke that I go to most gigs with often says to me: “[insert band name here] are good, but they don’t know what they want to be.”

It is one of the many things I disagree with him about. Melting pots are ace. That’s the point of music. No rules. No boundaries and no doing what you are told.

That, right there is Deez Nuts.

Yes. They are. They are all those things. Sometimes on one song.

Take the title track, the one which follows the overtly singalong, singalong. It’s got a breakdown that Agnostic Front would be proud of, then there’s “Crooked Smile” which is almost pop-punk (ok, more Rancid, I am getting carried away here) before it gets all urban.

“You Gotta Feel Me” is beyond metal. They recorded this album in LA and it wouldn’t be too much of a stretch to imagine Machine Head from that West Coast, doing the opening verse, but there’s a melody here – a pop sensibility – that is somewhere beyond catchy too (although, I will concede that it might be a touch incongruous to have a grown man in his mid-40s shouting “let a player, play”, the hook line here.)

Best of the lot, probably, is “On Some Shit.” Right in the middle. On which Peters explains that “I am a miserable prick, so I self-medicate, tell the world suck my dick.” Now, this is not going to keep the greeting cards people busy, but it suggests a real catharsis – and moreover, the drums here from Alex Salinger absolutely slam.

“DTDFL4EVA” starts like a prizefight and delivers its haymakers, “Fools Gold” will engender a Hatebreed sized moshpit pretty much everywhere it is played, “Axe To Grind” chugs like the hardest of rockers, and whatever gang they are in, you don’t want to meet them down any dark alleys, to be quite honest with you, and the guitars saw in a most mean way.

“Get A Grip” takes aim at the barmy modern world, and dare you take them on. “I wanna see my people prosper, you ain’t giving a shit”, and that, is a call to arms.

“Bitterest End” seems to cast them as downtrodden. “Even if I could remove this gag, what the fuck would I say?” offers Peters. As if anyone believes they could be kept silent.

“You Got Me Fucked Up” is half an hour of a beatdown. Vicious and brutal, but with the sweetest melody anyone has ever sang when they are taking an iron bar to your skull. “Fun”, says Peters in the notes that came with this. Dunno about that. I am sure it’s fabulous, though.