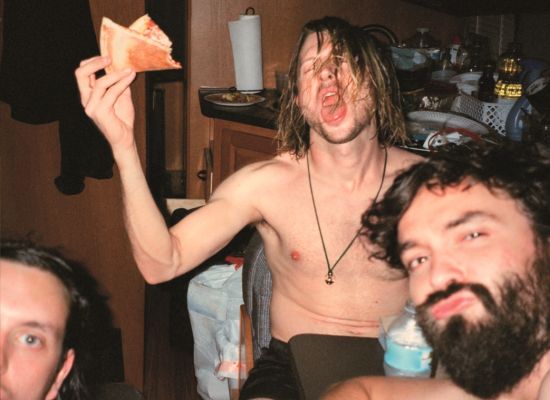 Ways to feel old are myriad as you enter your 40s.

I’ll give you two. The other day I was given the responsibility of looking after the Instagram account for one of the companies I work for. Truth is I had been in a meeting for about two hours and have the attention span of a small child, so said “I’ll do it” to get out of there quicker. No matter, there I was setting the account up, when a thought struck me: how the hell do you use Instagram. Turns out it was an app.

Way number two came just after Dinosaur Pile Up had uttered the line on the title track on this record: “Celebrity Mansions” opines that “the chicks on Instagram, they earn more than I ever will….” (by the way, that’s a thing too “an Insta influencer” – I hate the modern world to be fair….).

Essentially I am thinking: Christ that doesn’t half sound like Weezer, and again because I have all the ability to focus of a buffoon, I start Googling when “Buddy Holly” came out. 25 years ago, ladies and gents. A quarter of a century.

Which actually hides a serious point.

“….Mansions” comes from that era. You can pick any band you like from the aforementioned, to The Vines, Smashing Pumpkins, Nirvana, even Fountains Of Wayne’s ear for a pop melody, but the thing is, this could have come out back in 1994.

Oh, by the way, if it had, DPU would have been millionaires by now.

That’s kinda ironic because much of this is the dreams of the lowly desperately hoping for things to get better.

Because I don’t BS anyone on these things, listening to the opener “Thrash Metal Cassette” and its superb hook of “Hey LA, I’m back again….!” I just assumed that this Pile Up was the latest hot US band. Well, unless they’ve moved Leeds….

This is a English band with a definite crossover potential. Not just to different genres, but rather over The Atlantic. This is their third record – the major label debut – and it’s a huge statement of intent. The half spoken delivery of “Back Foot” where Matt Bigland reckons he wishes he “was bowling like the Rock…..” has a chorus that crushes.

There is a real cleverness about these songs. “Stupid Heavy Metal Broken Hearted Loser Punk” which sounds like a thrash version of “Walk Like An Egyptian” to me, is as lovesick a ballad as it gets, just done at a million miles an hour.

“Round The Bend” could, in honesty have been on Nirvana’s raw debut, and if the others dip their toe in grunge, this goes for a full splash-down, “Pouring Gasoline” goes for a kind of insouciant anger not seen since The Vines released “Get Free” (if I was being facetious I would add that unlike that record this has more than one good song on……) while “Black Limousine” has the genuine air of an Indie anthem. Remember Feeder when they wrote ace songs? Yeah, that.

The thing about Dinosaur Pile Up, it seems to me anyway, is that this is all done with tongues firmly in cheek. “K West” is a clever dismantling of celebrity culture (The Rock gets another namecheck here too). “Professional Freak” is cut from the same cloth, but there is a real intelligence about these anthems.

“Long Way Down” hints at more to come too, adding a real depth, a slow builder that builds to a real crescendo, but it all adds up to a brilliant record, whatever the band do next.

Like the phenomenal Puppy album that came out early in the year, Dinosaur Pile Up have created something special here, and with bands like that around we can probably say that the new alternative revolution is in full swing. It probably has been for years – I am just too old to know. “Celebrity Mansions” is the sound of a band who is bored of waiting for stardom to come.