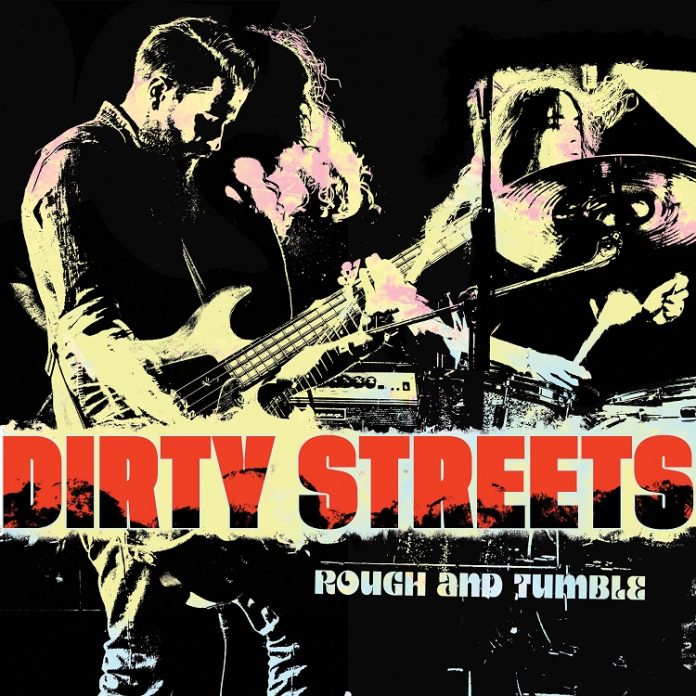 There was one of those viral meme’s doing the rounds on Twitter – my one concession to the social media world – yesterday. “Name the one thing,” it said, “that would get your Metalhead card revoked.”

My response was simple: I like what I like and I wouldn’t be a member of any club anyway (Groucho Marx had that spot on) but I do possess loads of opinions that seem to divide. Queen are shit. That’s one. Ditto Alter Bridge, Shinedown are a total abomination, so are Ghost.

Then there’s this one. I am not even sure about this one myself: Rival Sons are a bit…..meh?! See, the thing about RS is that they should be brilliant – “Pressure and Time” is, to be clear, and the last one was a return to form. The first time I saw them I proclaimed them as the second coming of rock n roll. And yet I’ve walked out of one of their gigs and been bored through two more.

And, I’ve listened to “Rough And Tumble” a few times this week, and on each occasion I’ve thought the same: Why is it Rival Sons who got to open for Sabbath and not Dirty Streets? Dirty Streets, frankly, really are the band that people mistakenly believe Rival Sons to be.

DS have the same kind of retro thing. Equal parts CCR, ZZ Top and Humble Pie, and they’ve got a brilliant singer too – Justin Toland is wonderful – but they’ve got a groove, something primal. It’s in the percussion for “Good Pills”, Lord knows what Andrew Denham is banging here but it sounds dangerous.

That’s the opener here and it sets the tone, sort of. “Tell The Truth” is more blues, and is fun for anyone who thinks John Fogarty doesn’t get the credit he deserves (this is another of my unshakable beliefs) while the cover of Joe South’s “Walk A Mile In My Shoes” (got to be honest here and say I thought it was an Elvis original, but clearly I know nothing) is brilliant. It adds a soul to the album.

“Itta Benna” is so dirty and oily it could belong to their labelmates, The Bonnevilles, and the slide guitar here is majestic. In fact, honestly, the record is one big masterclass. I was going to type “long masterclass” there, but actually, that’s one thing this isn’t – you sort of feel it should be, but the whole thing is in and out in 35 minutes (and that includes the fact there’s a drum solo in “Can’t Go Back”. )

Bass man Thomas Storz finds something filthy sounding for “Think Twice” to wrap itself around, and the funky “Take A Walk” swings like a wrecking ball, a point that “Try To Remember” underlines and does more of the same. And gets bonus points for rhyming “remember” with “September” – and if nothing else tells you how simple they keep it, its that alone.

It’s interesting, that on a record that has lived and died by its riffs, the last two are acoustic based. “The Voices” could be some outtake from Robbie Robertson in the 1970s, and “On The Way” is even more of a fragile sounding, stripped down, front porch strum.

Three-pieces are just ace. When they balance it right nothing sounds better. I said something similar when I gave Dirty Streets’ 2015 album “White Horse” 10/10. To be perfectly honest, there is a reason I am repeating myself, and its because “Rough And Tumble” is equally flawless.