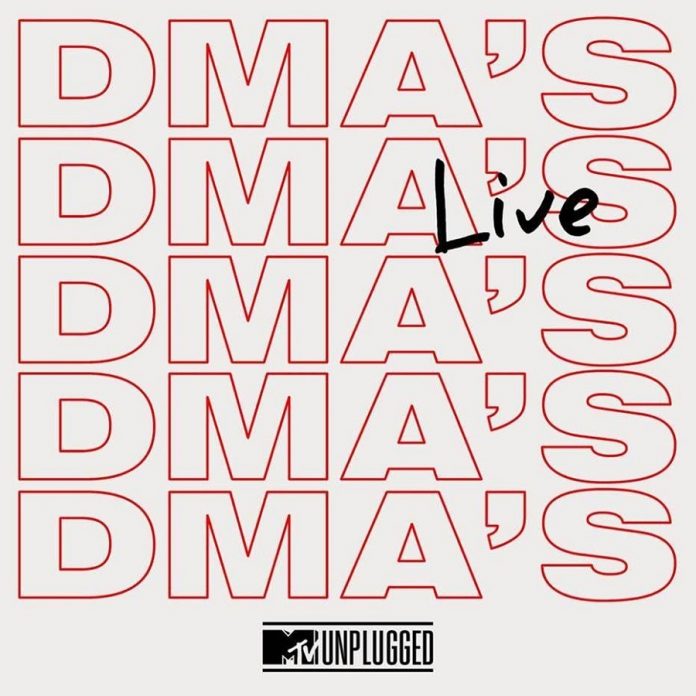 Back in the late 1980s, a mate of mine was the first to get satellite TV and it opened up a whole world to us boys in our mid-teens (not just the obvious either….) but all of a sudden there was MTV, Headbangers Ball, and all kinds of stuff.

Then a few years later their Unplugged series became a big thing. The first one I remember watching was Eric Clapton’s in 1992, but nights round his to watch the latest that he’d taped became regular fixtures in the calendar for us both.

Some of them became iconic too. I’ll argue that Nirvana never sounded better than on theirs, and there was a genuine sense of pride when one of “our” bands got the accolade, Live for example.

Whether DMAs grew up in the same way, I don’t know, but you kind of hope they did. Certainly their sound is that of the early 90s Manchester outfits, so its possible.  Also out of all the modern bands, you feel that their sound – acoustic guitar is prevalent in all their songs, thanks to Johnny Took – was the best placed to translate to this format.

““It was the most fun I’ve had in a while, just rearranging the songs and hearing them in a different light,” said Took in the build-up. “To be able to do this is a bit of a dream come true.”

More than anything, though, the 14 songs here prove my long-held belief that a great song can be played in any way you like and it’s still a great song, to be absolutely the case.

DMA’s have an in-built sadness, almost a yearning to their sound, and the utterly wonderful opener “Feels Like 37” proves that.

I have seen the band twice on their recent UK runs and the fan reaction is incredible. The band however, are always understated, reserved even and I am willing to bet that a bit of them prefers the more refined atmosphere of “Lay Down” and so on here.

A set that uses both their albums, shows the absolute quality of their songwriting. The tinkling keys of “Time And Money” make that one a real highlight and my genuine belief that they are crossover stars in waiting is shown by the superb “Emily Whyte” – which is an anthem in all but name. Just one that is drenched in Pedal Steel here to give it a country flavour.

They keep coming too, “In The Air” with its clever use of strings, and while “Warsaw” injects a more Stone Roses style urgency, singer Tommy O’Dell merely says “thanks. And yes, he’s a man of few words anyway, but here he sounds like he’s genuinely overwhelmed.

“The End” – the first time they’ve ever played it live is here, apparently  – shows tremendous maturity, a world weariness even. “Lazy Love” underlines the versatility here, taking on an almost folky quality in this setting.

There is a real poetry to O’Dell’s words. “Health” – which you always imagined they’d do here – shows that, and if there’s a more strident guitar line to “Delete” then that only brings the power of the thing home.

“Do I Need You Now” ends it in pretty epic way, clocking in at almost nine minutes and awash with widescreen keyboards and a hypnotic air.

As ever with these things – the aforementioned Live doing a Vic Cheshnutt song, Nirvana turning “Where Did You Sleep Last Night” into something incredible, there was always a fun in seeing what might be chucked in. Here it’s “Beautiful Stranger” and its actually better than Madonna’s version, too.

That’s DMA’s though. They are, in many ways a throwback, but actually they are so much more. “Unplugged” merely proves their immense talent.