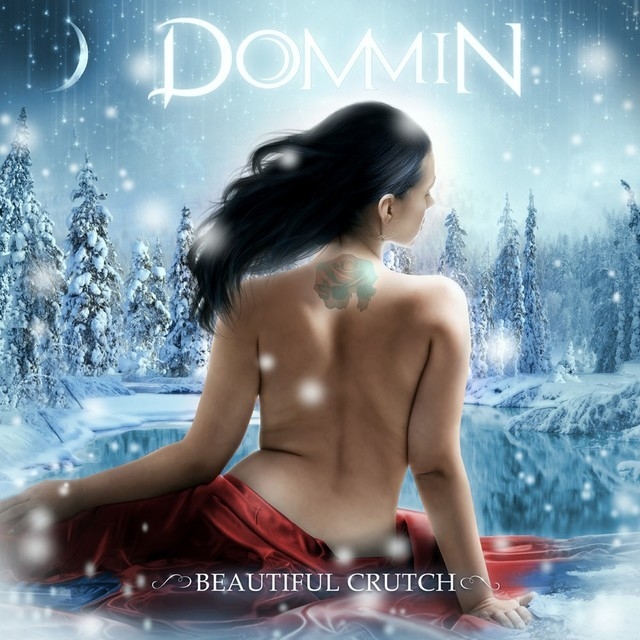 The difficult third album: that’s what they say. The one that used to make or break bands. Springsteen’s “Born To Run”, Bon Jovi’s “Slippery When Wet” they were third albums after all, and whilst no one reaches those heights anymore, perhaps, then that’s not going to stop Dommin from having the ambition.

“Beautiful Crutch” is not just metaphorically a difficult album, but literally too. Not that the songs are challenging – they aren’t, instead they big stadium fillers – it’s just that throughout, you will find yourself not sure whether to listen again or call The Samaritans to help Kristoffer Dommin.

Whoever the girl is that broke his heart has done a mighty job, because not since Stabbing Westward essentially put a suicide note to music and called it “Darkest Days” have lyrics been this raw.

The big old swinger of “Desire” that starts this off lays its cards out on the table: “it’s you I desire” he offers in the chorus and that never leaves throughout.

But what makes these songs ultimately so entertaining is that they are so well crafted and massive. “Show Me” seethes with its own rage, “The Scene” is the kind of thing loads of emo bands were doing ten years back and “This World” adds a pulsing, electro thing and sounds not too dissimilar to Sonata Arctica covering Depeche Mode.

The record is essentially the vision of Dommin the man, as to what Dommin the band should be, and the title track is a lush slow builder, which is, you’d guess, exactly the sort of thing he was aiming for, with its piano led counterpart “I Die” offering something akin to a modern take on the power ballad and “Vulnerable” possesses a huge chorus to add to its atmosphere of desperation

The record does come with a couple of interesting twists and turns too. “The Flame” is a full on orchestral thing, bringing to mind the soundtrack to a film that is playing in the heads of the band, and if “Madly” is the best song H.I.M never wrote, then that is to its credit too.

“The Saddest Dream” is another foray into the electronic and the descent is basically complete, but oddly there is a bit of hope in the last track. “Outer Space” is the biggest song on a very big sounding album,  like some ballad latter period Aerosmith did, the suggestion that if we all opened our hearts the world would be better place is one that imbues the record throughout.

But in so doing it also contains the record’s key line, “I believe in love,” croons – and that is an apt word – Dommin, “and that it lives in everyone” but that might be its problem. Sometimes you can love just a little too much. “Beautiful Crutch” is what happens when you investigate that.