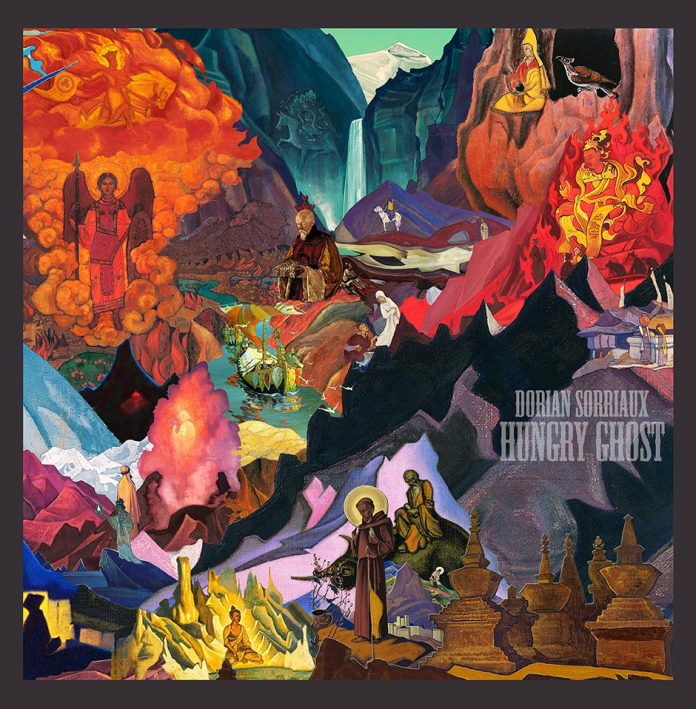 When it was announced that Dorian Sorriaux was releasing an acoustic EP the first reaction was one of surprise, because from the very first moment you saw Blues Pills – the band he makes his living in – it’s been about the quality of his electric guitar playing. His skill, allied to the voice of Elin Larsson, is the bedrock of that band.

But then, its that undoubted skill, when you think about it, that makes “Hungry Ghost” so very much the right thing to do.

Only four songs, but it is the sound of the Frenchman revealing himself. The format, sparse, personal, works perfectly with the ethos that it was made with.

Sorriaux got his love of folk tinged music as a child. Speaking of his heroes he says here: “I love the honesty in their music.”

He’s right too, because surely there are few more honest ways to make a living than it just being you, your acoustic guitar and your songs. That’s what makes folk music so real – that’s what makes these songs so real.

Whether it’s the opener “Huitoto” with its Neil Young-ish psychedelic 60s tinged sounds – complete with xylophone – or the hypnotic title track, there is a class here, that although it is nothing sonically like Blues Pills, in some ways makes total sense.

“Need To Love” has a real haunting quality and you can almost touch the sense of longing that it conveys – and it needs saying that Sorriaux has a superb voice for delivering these type of tracks.

That concluding “Hello My Friend” is the best of the lot. Dark, bluesy, it manages to sound desolate, bleak and sparse and in so doing it convinces that we are dealing with a rare talent in Sorriaux.

More than that, he is a talent who benefits from the step into the limelight and it does him great credit that he does so in such starkly different and personal way.