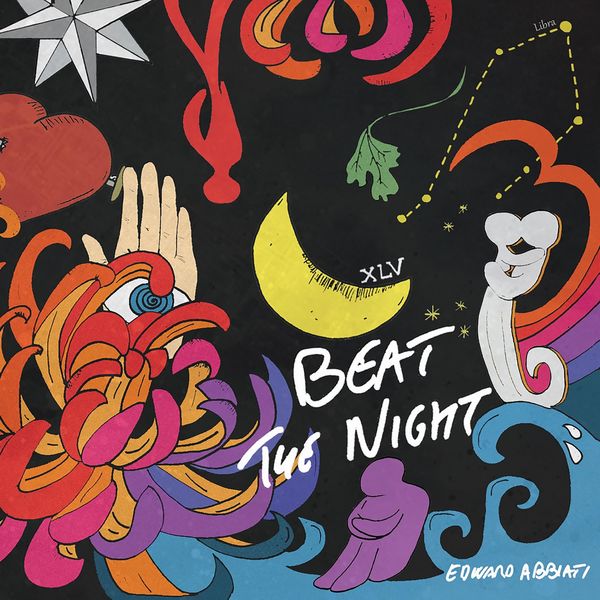 Often, when I first listen to a record that I am reviewing, I do it late at night in the dark. It’s just the way it is. With Edward Abbiati’s “Beat The Night” I was driving. It was raining, I was as far as I could tell, the only one on the road.

It was strangely apt, that as the darkness enveloped me, then so the raw emotion of the songs took hold.

One of the foremost lights in the in Italian Americana scene, Abbiati first came to the attention of MV last year when he released a fabulous record as part of the supergroup The A.C.C with Stiv Cantarelli. Cantarelli is one of the many special guest here, along with the wonderful slide player Mike Brenner of Marah (if we had a week to review this album I would tell you how amazing their “Kids In Philly” album was, but this isn’t the time or place) and Joey Huffman, who collects Georgia Satellites bonus points. There are others in the cast, but let’s get to the music, shall we?

Because it deserves to be spoken about, simply because “Beat The Night” is an incredible record. Everywhere you look there is something that – you assume anyway – is intensely personal.

The first one, the title track, is the kind of rootsy rock n roll that the aforementioned Marah did – and Francesco Bonfliglio’s piano is brilliant on it – but the lyrics deal with beating a serious illness. Rather like Walter Trout’s seminal “Battle Scars” from a couple of years back, it is the matter of fact way that EA deals with it that really hits home. Jarring in the way that reading someone’s diary might be, this is a stunning opener.

The upbeat nature of the music on that one isn’t typical, either. Rather there is a bleakness, an inherent sadness about the thing. “I Got Hurt” (“we all have that date, we just can’t escape, all I am trying to do is get there late”) marries the two incredibly and the even better “Look At Me” contains one of the great opening lines of 2020.

“Look at me, I am not the man I used to be, then again, that was never me anyway”, he offers, and before you’ve even had chance to consider the genius of that, he follows up with: “forever is a young man’s word….”  And I’ll define anyone of a “certain age” not to go, “damn…..” at that point. And if that’s not enough, there’s the acoustic lead break and never mind the haunting strings, either. It all adds up to one of the great songs of recent years.

Abbiati has a cracked, half spoken delivery, as if he is confessing, rather than singing, and when he is discussing an illness as a younger man, it really is astonishing. But what makes “Hold Me Tight” is the harmonies of his sister, Louise.

“In Harms Way” is overtly Americana, and its piano is at odds with the confusion of the words. Searching for something, anything, spiritual or otherwise, and the bluesy “Judgement Day #2” is built around its organ. “45” – and this one resonates given that it is almost my age, is the light at the end of the tunnel, I guess. But one which proves that the darkest hour isn’t always the one before the dawn. Cantarelli is on this one, and its sort of like a Springsteen tune circa “Devils And Dust” but the birth of his children is met with the pay off line: “the day I didn’t die, the day I stayed alive, I was 45…..”

“Three Times Lucky” adds a soulful touch, and seems more content as a result, “Sleepwalking” is more folky than most here, before “I Can’t Tell Ya” wraps things up, like Steve Earle at his most dustbowl, and is the emergence from the darkness, even down to the harmonica break.

On the middle two pages of the CD Booklet – and if ever there was an advert for getting CD’s it’s this – there is a picture of the room (I assume) where this was recorded. Stacks of CD’s and vinyl (one sleeve you can see is “Nebraska”, the inference isn’t lost on me) with the microphones set up.

This is a man for whom the music matters. This album, though, seems to matter more than most and consider this: it apparently was recorded in two days after a period of writer’s block.

Evidently once it flowed it came out in waves, because “Beat The Night” is doubtless going to be one of the finest records of this year.