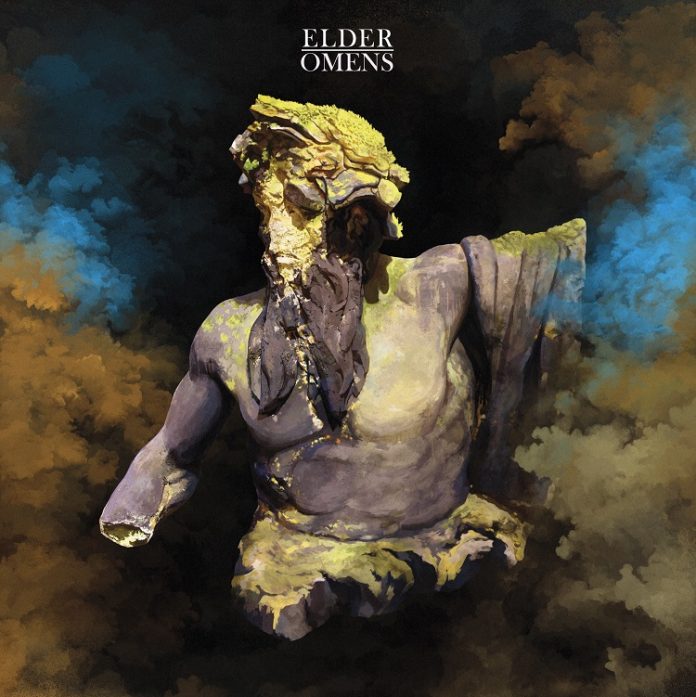 The other night I was watching a documentary on Heavy Metal. I’ve seen it before, but there’s a bit in it that resonated more having listened to “Omens”.

The filmmaker has the horrible task of trying to get Lemmy to define what “heavy metal” is. My personal take is that whatever metal is isn’t Motorhead, they are rock n roll, but that’s a digression that we don’t need just now.

Anyway, when questioned, Sir Lemmy of Kilminster fixes the poor fella with a stare and says: “I told you not to analyse it.”

Bless the cotton socks of the interviewer, he carries on: “I’m not, I am just trying to get you to explain what you think,” he says, sounding about as hopeful – and hopeless – as a geeky 14 year old trying to ask a girl out.

Finally Lemmy looks at him with pity and mutters. “I like it cos I like it, alright?! I dunno why, I just do.”

And that, right there, is sort of how I feel about Elder.

I love them to bits. They are glorious. Absolutely wonderful. Ask me to explain their sound and you’re going to hear umming and erring and there’s nothing coherent to say.

Which is kind of a problem when you want to review the sodding thing.

So, yeah, lets start at the beginning. The obvious bit is this is more normal an Elder album than last year’s experimental “Silver And Gold” EP. But then, a normal Elder album is still 55 minutes long with five tracks, and it is one that sees them exploring different strands than before, because “Omens” is the first one in 13 years to feature a changed line-up. Georg Edert is in drums, but crucially, so is Michael Risberg on guitar and keyboards (Fabio Cuomo on Rhodes piano and synthesizers, guests too).

And all those keyboards, man, they don’t just see them exploring other strands, but other universes, it seems. The patterns that Nicholas DiSalvo weaves this time around, owe as much to Pink Floyd as they do anything else. However, make no mistake, this is heavy when it wants to be. The ending of the title track, absolutely screeches.

To think of this in football parlance, Elder are the mercurial talent that you don’t even notice for 85 minutes, before he smashes two into the top corner and gets the man of the match award in the process.

“In Procession” slams its way in, but as you lose yourself in its journey, the subtlety of the keyboard melody sucks you in, and if you have a clue what DiSalvo is singing about, you are better than me, frankly.

Then the synths take over. Almost without you noticing. The song has turned. Actually, calling these songs is to trivialise them. They seem so much more profound than mere songs, the 13 minute “Halcyon” has no interest in your rules, your boundaries, it is as though Elder work on a different level to us, they just occasionally gift us these ideas, that we have to make sense of.

“Embers” is perhaps the most immediate of them. An almost indie line to start with, post-rock, post something at any rate, it even has the slight hint of a chorus. I’ll grant you, its not getting on Radio 1, but its got more of a hook.

“One Light Retreating” builds evocatively, as if it is unsure itself where it will end, and these pieces do just seem to flow. While you are considering that, of course, its slammed you out of your reverie with an enormous crush. It’s what Elder do.

I only saw the band once. They had the mighty Mos Generator opening for them an hour or so from where I live, about five years ago. They were transcendent, it’s as simple (or indeed ephemeral?) as that. I’d gone as a fan, but still wanted to write about it, and in my review of that night I noted this towards the end: “A fan walks past and says to his mate, in what was perhaps a rhetorical question: “Have they got any riffs left for anyone else?”

Reflecting on “Omens” now, that is as true today as it was then, but actually it means not a thing. Everyone who listens to this will have their own thoughts, their own interpretations, and that is the genius of what Elder do. Just please, listen to it all in one go, because if there was ever an album that was absolutely not designed for dipping in and out of, then it’s right here. Believe me, though, it’s time incredibly well spent.