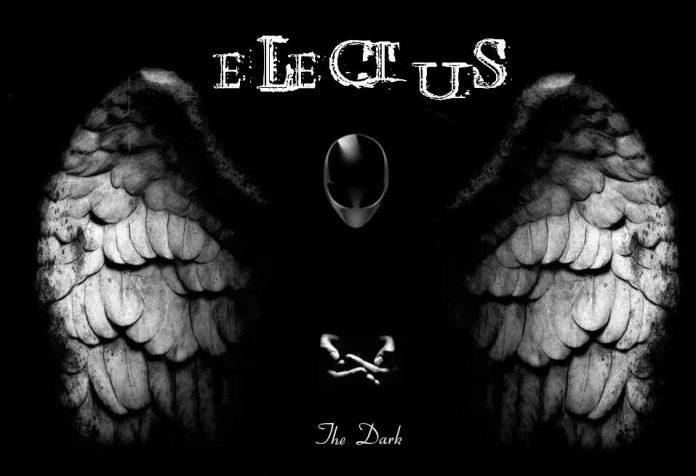 Black Country hard rock. The way it used to taste

Those with a keen memory (or are just sad) will perhaps remember that MVM did a trio of showcase gigs earlier in the year. At the second one of these a more or less brand new band by the name of Electus were kind enough to step in at the last minute (almost literally!) and played a storming set.

Those with a keen memory may even remember that we streamed a few of their demos just after that, so spanking fresh were these boys that they didn’t have an album out then.

Don’t believe that? Then take a listen to “Aphrodite” which is the third offering of these 10, it does all the things we’ve just said, but then it does something rather spectacular, almost from out of nowhere, the guitar just cuts loose.

By now – the album had started with the opening pair of a bluesy instrumental, followed  “18” which is about taking control – “The Dark” is warming to its theme. “Just For One Night” has what can only be described as a Led Zep groove, but – and this is meant as no disrespect given that “New Jersey” remains the single greatest hard rock record ever written, even if their new material is unlistenable – played through the eyes of Bon Jovi. The sheer glee here is evident in singer Russell Peake yells “lead guitar” before the solo as if he’d been waiting all his life to do such a thing.

There’s a real dirty swing about “Fake Love” and it’s echoes of The Cult, “Babylon Brother” does too, but  without the whiff of lust that permeated through the former. This isn’t all about sex and bluster, though and “Sunflower” and the downright catchy “Morning Psalm” show a real tenderness.

That ain’t their natural habitat, though and you do feel their heart belongs in tracks like “Rider” which acts as the closing track here, and has a really confident air about it.

Taking into account where they are on their journey, and everything else they’ve had to contend with, “The Dark” has no right to be this good. Remember that song at the beginning about taking control of your own future.? Electus have done just that.