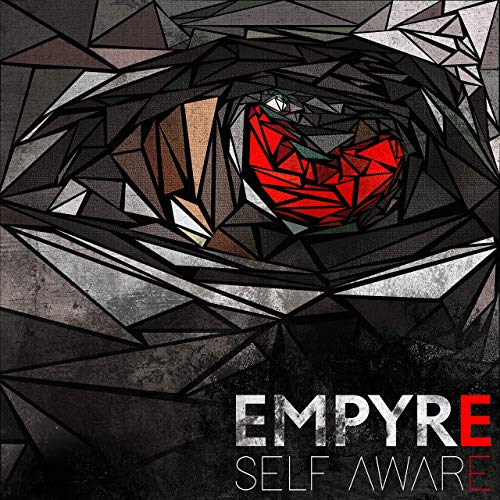 As much as I dislike the fanzine, amateurish way of writing that basically goes “we went to the gig on the bus and Gibbo got pissed and we all had a great time” that I do my best to avoid at all costs (and anyone who I know who has a blog always writes as their first review and says: “have a read of this for me And? I really would value your feedback….”), there is going to be a bit of that here, sorry. Because it’s the only way I can ‘fess up.

OK. Let’s get to the point. I was wrong.

In the summer I was sent “Self Aware”, probably the same as every music website was. MV, though, was about the only one who didn’t give it a glowing review.

The reason for that? Well, simple. I hate Shinedown.

You probably need me to explain that (not the hating the Shinedown bit, that’s just good sense – and comes from seeing them live years and years back, but I digress), everything I kept seeing about the Northampton mob said “for fans of Shinedown”, and it got moved to the back of the pile.

Fast forward a few months and I am at another gig and chatting to a mate (bear with this tedium, it has a point) who asks if I’ve seen Empyre in 2019.

After explaining pretty much that I hate Shinedown and blah, blah, he says, “you need to listen to “Self-Aware”, they are doing some really cool stuff on there.”

And, crikey, he’s not wrong.

To do what Clutch’s Neil Fallon might term breaking it down to brass tacks, the 11 songs here are as innovative as any of the “new breed” as it were.

It doesn’t even have the decency to start with something of a crowd-pleaser, a big old glitter cannon of a banger. No, sir. Instead it does its own thing. Broods and builds, but it doesn’t half compel.

There is nothing I like more than blurring the lines, and when Henrik Steenholdt does the chorus it soars, and it has soul. Something that Brent Smith and his boys wouldn’t know about, but by the time it ends and Did Coles has announced himself as a true guitar hero, one thing is certain, Emprye is ace.

“Stone” continues in the same vein. That is to say it is prepared to do it at its own pace and with its own influences. This one has a bit of a Pearl Jam thing going on, which is balanced by the more immediate “New Republic”, and the huge groove is a little bluesy, perhaps. Whatever, if its not the centrepiece of their live show, I will be amazed, and that’s before you get to the lyrics, which excoriate war. It is a brilliant song, it’s as simple as that.

“Too Close” is so huge sounding that it makes that one seem tiny. Except that by now you should have learnt not to second guess them, and it has some mighty interesting rhythms, and the line “you want light, accept your dark” is the stuff of thinking.

Hailing from the East Midlands, but there is something a little more world looking about Empyre. Not strictly US fixated like many of their contemporaries, “Just A Ride” instead does something universal, and the sound of the guitars keeps things fresh.

“Drive” has just a touch of Audioslave perhaps, but what cannot be up for debate, really is that Grant Hockley, bass and Elliot Bale on the drums anchor this down with a real crunch and this one is a real highlight, simply because it has a hook so big you could hang your coat on the thing.

A lifetime of listening to the greats of American rock (note, not Shinedown, I want to underline that) has taught me that all great hard rock needs a ballad, and for one minute I thought I had “One Way Out” pegged as a good, old fashioned power one, but nope. This one has a sonic landscape all of its own, and what it does do is show a group with a rare ambition to do things differently.

In that context, “Cut To The Core” is one of the most straight-ahead rockers on here, and “Too Little Too Late” is full of a dark riff that, in honesty, isn’t a million miles from Orange Goblin at points, it is certainly more primal than I imagined anything here would be.

“Something Remains” enjoys itself, and the lyrics “the days, always the same, they never change” seem like they are reminding themselves that they need to grab this opportunity, and “Homegrown”, the ending ballad, with the crescendo closing, basically just dots the I’s, crosses the t’s and rings the fact that this is a special band.

They’ve been around since 2015, this is their debut full length, but there’s enough in “Self Aware” to suggest that Empyre are more than capable of propelling themselves into the big leagues.

One of the years most surprising releases. On so many levels.