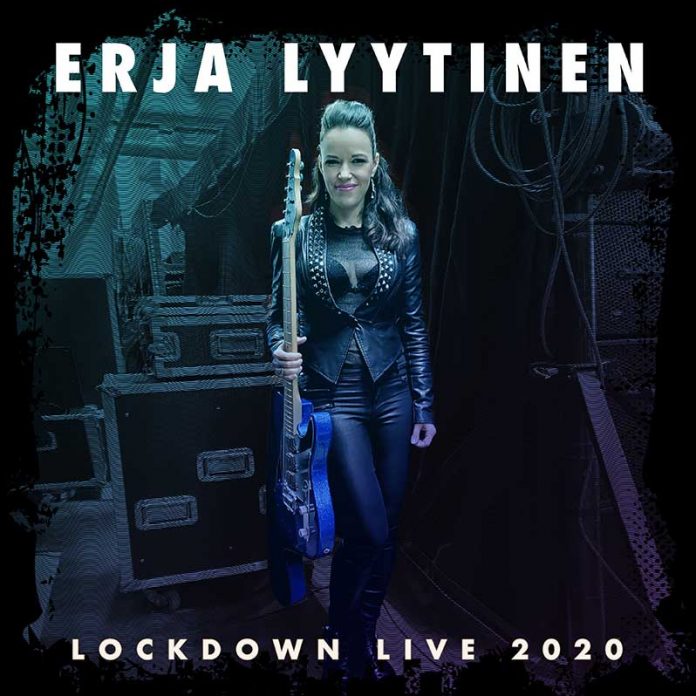 Last year, Erja Lyytinen, released her “Another Planet” record. A shift from what she’d done previously – a step forward perhaps – as I suggested in my review: “If this as another Scandinavian band put it  years ago – the Final Countdown, then “Another World” is certainly lift off, and an entertaining journey too.”

It also was an eerie portent of what was to come, as Lyytinen herself explains: “I recently watched the music video we made for the title track and it gave me chills seeing the people in the video wearing masks as they tried to survive on their uninhabitable planet.”

Yes, everyone, the spectre of “the pandemic” is all over this. It’s not like the title hides it, and given that Erja was meant to be touring the world in support of a record that deserved this exposure and included the UK, Canada, Spain, Finland along with her first trip to Australia for an appearance at the world-famous Byron Bay Blues Festival, you can’t blame her for trying to make the best of it.

So, basically, this is an extension of those livestream performances you either bought into or you didn’t in the Spring and summer (I didn’t, in truth) and sees Lyytinen take herself to Bluesounds Studio in her hometown of Kuopio, Finland to record a fabulous hour.

Anyone who has seen Lyytinen play will remark, surely on the skill (she’s a brilliant slide guitar player) but also the warmth with which she plays is totally evident. The superb thing about this is that she has re-created it in what is self-evidently a sterile environment.

It’s not just the quality of these songs  – although clearly they are very good – it’s the joy with which they are played. As if the band are relishing it, just the chance to be on stage again. “Don’t Let A Good Woman Down” is punctuated with some brilliant organ (just assume her guitar is peak to save me typing it every time, yeah?) and “Cherry Overdrive”, one from the last album, stomps about like Deep Purple.

She’s a varied and interesting artist, and this is a varied and interesting set – career spanning too, as shown, perhaps by early stuff like,  ‘Wildflower’ and ‘Dreamland Blues” which she has rather moved away from recently. Newer stuff, “Black Ocean” and the likes showcase everything that’s good about her. There’s a sleazy groove, a 70s rock thing and a kind of floating “other world” taste.

There’s some odd, staccato rhythm on “Hard As Stone”, “Torn” is a gorgeous full on, bluesy ballad, but with a funky touch, and even on the more trad stuff, like “Lover’s Novels” she has her own style that sets her apart from others. The title track of the last record, for example, both takes on a life of its own and is given a shot in the arm, it crackles here – no mean feat given the empty studio.

“Snake In The Grass” which has always sounded a bit like Hendrix to me, is a personal favourite, and the Cream-like “Rocking Chair” likewise.  She’s got a real sense of fun too, “Wedding Day” is played with glee, and is but an inch away from needing the Rev. Billy Gibbons to go “play that thang……”

And “Wildflower” is a beautiful end. Especially here, in these times, when it offers a beacon of hope in the gloom of 2020.

2020, of course, is the prism which all this has to be viewed through. Live shows to empty crowds? It would have sounded daft until March this year. Here, it sounds vital.