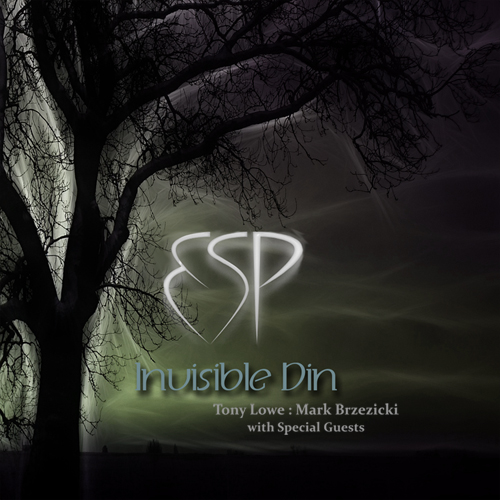 And the award for the most ambitious album of 2016 goes to….

Pay attention, we may ask questions at the end.

Here goes, ESP, is the new project from Tony Lowe and Mark Brzezicki. If the latter, the Big Country drummer who has also worked with The Cult and Sting amongst others, is probably the most familiar, then its Lowe’s back catalogue that is particularly crucial and pertinent here too. He is a producer to the stars (Robert Fripp, Toyah, Bram Stoker and just about anyone who wants to make a prog record), as well as working with the likes of Julian Lennon and Roger Daltrey.

As such, when the two decided to get together and record a Prog Rock album they were able to call on a stellar cast including David Cross – the ex King Crimson violinist who himself released such a magnificent solo album this year and the incredible on so many levels Van Der Graaf Generator saxophone and flute blower David Jackson and many more (frankly the list of guests here might take up the whole review).

Got all that? Good. Cos that’s the easy bit.

Here’s where it gets complicated. “Invisible Din” is a concept record about a man called Emlyn thinking back to a childhood memory of an illness that was cured by an out of body experience involving a ghostly presence, and how it relates to his life now – his sense of yearning, his search for a partner and many other things.

Actually it doesn’t matter whether you understand the concept or not, because “Invisible Din” is quite brilliant, and surprisingly accessible.

The playing is quite wonderful, and the songs are epic journey’s often encompassing two or three parts, and many with huge instrumental passages – and the phenomenal Saxophone of Jackson at the end of “Through The Dream” is worth buying this record for alone – but all with the idea that this should be enjoyed not endured and there is nothing remotely “challenging” (always a dread word) about this quite glorious 70 minutes.

It is best listened to as a whole piece, but if you don’t have 70 minutes spare then dive into the Floyd-like world of “Uninvited Guest” immediately, its lush, classy soundscape is one which you won’t want to leave. “Where Is My Home” on the other hand is short and to the point, but the absolute highlight here is the record’s centrepiece, “Searching The Banks For A Memory” which has echoes of early Genesis, King Crimson and Yes, but still manages entirely out on its own and fresh.

“Waiting For The Rush” is perhaps the biggest left turn on offer, with its stark electro beats and pulsing rhythm, beautifully balanced by Lowe’s guitar and gentle voice, while “Quiet Days” is a huge evocative undertaking, but one which is pulled off with an ease that only those of consummate skill could muster.

The title track itself is an instrumental affair, with lilting pianos and strings giving the thing a classical feel at the start, before it moves into more traditional Prog hinterland, and by the time it ends with the uplifting “Almost Seen” which builds to a mighty crescendo, you are left with the feeling that you are not quite sure what happened, but you are absolutely glad it did.

It takes some real imagination to even come up with this idea, but to pull it off in the way that ESP have done is truly a wonder to behold.