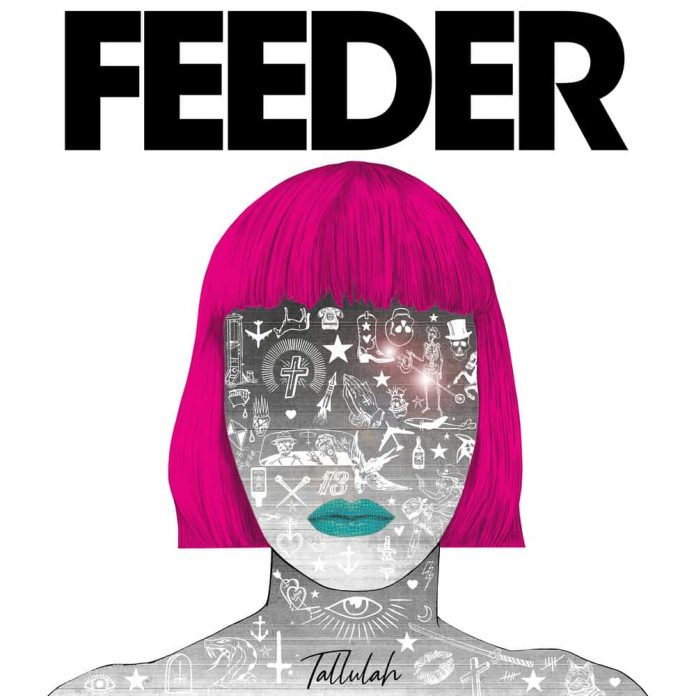 “I found this corner in my mind, I harnessed the youth and days gone by”.

The very first line on “Tallulah” struck a chord.

Not only is it 22 years (!) since that debut record “Polythene” came out, but it is more the energy with which Grant Nicholas delivers the words.

Never mind 22 years – and anyone of my age who likes rock music probably loved Feeder back then – go back about a month and I went to a Festival and went to watch their contemporaries  Ash on the second stage.

Oddly, although I’d seen Feeder umpteen times as the Millennium dawned (not least of which in Cardiff as it literally did), I’d never seen Tim Wheeler and the boys. They’d been on about 10 minutes and I text my brother to say “I’d forgotten how many good songs Ash had….”

That isn’t quite true with Feeder – there hasn’t been a car I’ve bought in the last 18 years where someone hasn’t said “has it got leather seats and a CD player, player, player?” – and I went to watch them not long ago, but to be truthful, most of their work in the last decade or so has sort of passed me by.

Which is why that first line is so important. Because with it, it signifies what the rest of the record then goes on to prove. Feeder have found the thing that made them great in the first place, again.

“Youth” – the aforementioned opener – is utterly brilliant. Probably the best lead track on any album so far this year. If you haven’t listened to Feeder in years, I swear, get on this. If nothing else it’ll take you back.

It’s not that this is immature, either. It is a grown up rock band that has rediscovered the joy. Their maturity is shown on the arena bothering “Blue Sky Blue”. To paraphrase, they aren’t going out for a while to get high with their friends these days, but musing on the fact that “maybe we are looking for answers we already know” and concluding that “a lifetime of dreaming and rejection has taken its toll”. Welcome to middle age, boys.

“Daily Habit” bottles the essence of the early stuff and moves the lyrics into the 21st century and railing against “Café culture”, “Fear Of Flying” a single they stuck out crackles with electricity and is awash with harmony – and choruses? Hooks? Oh please, every one here has them.

“Rodeo” is one of the ballad type ones they used to do. But with a crunch too, the beguiling title track is a piece of clever songwriting which lives on the little details and made me realise, actually, just what an influence Feeder had on modern bands like Virginmarys.

“Shapes And Sounds” is best described as “pleasant” and if it strays into Radio 2, Stereophonics territory a little, it is still superbly done.

Better, in fairness, is “Guillotine”, with its eerie melody, while the electro, and genuinely heavy, “Kyoto” rivals “Youth” for the best thing here award, and it is unashamedly 90s too.

“Kite” with its simple peace and love message, is a bit too Beatles-ish for my tastes, “Windmill” with its sweeping epics is much more like it, and the gorgeous, folky “Lonely Hollow Days” is a superb ending song – and a real change of tone.

“Tallulah” is brilliant. That is clear. Depending on your knowledge and views that’ll either be a welcome surprise or something you knew all along. Whatever, it proves that with their tenth album, Feeder are still relevant in the digital world as opposed to the stereo one.